Shiv Sena suggested giving compensation to kin of those who lost lives allegedly in the aftermath of demonetisation. 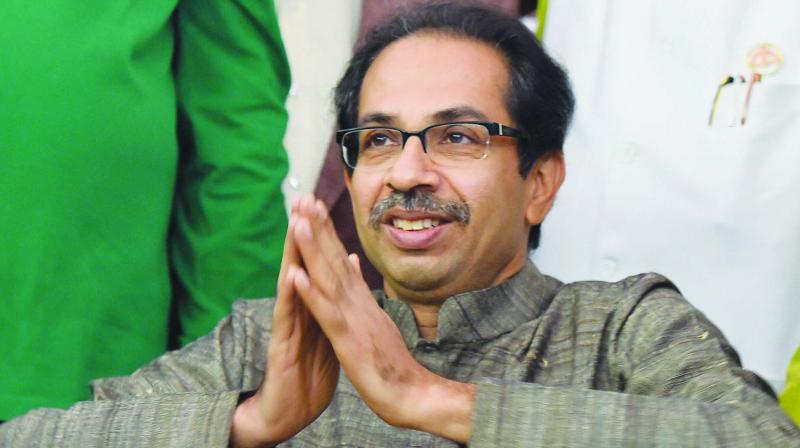 New Delhi: Claiming that the Shiv Sena has not softened its stance on demonetisation issue, Sena chief Uddhav Thackeray on Thursday hinted that it could step up opposition if people’s sufferings continue after December 30, a deadline set by Prime Minister Narendra Modi to set things right.

A key constituent of the ruling NDA, Shiv Sena also suggested giving compensation to kin of those who lost lives allegedly in the aftermath of demonetisation. “When demonetisation was announced I had neither opposed nor welcomed the move. I had only maintained that the common people should not be inconvenienced. 30 (of the 50) days have gone, but there is no sign that the problems have decreased. Rather, problems are on the rise day-by-day,” Mr Thackeray told reporters.

Mr Thackeray, who had met Union home minister Rajnath Singh on Wednesday, met Union finance minister Arun Jaitley on Thursday to discuss issues including farmers woes. Replying to a question whether the Shiv Sena, which had joined a protest led by West Bengal chief minister Mamata Banerjee, has softened its stand on demonetisation after a party delegation met Prime Minister Narendra Modi last month, Mr Thackeray replied in negative. “We are not economists. But some experts like Manmohan Singh, Amartya Sen have opposed it. They too have opined it is a wrong decision,” he said.

He also evaded a direct reply when asked which side Sena will be on if discussions are held inside Lok Sabha under a rule which entails voting. Referring to claims that terror attacks have stopped post-demonetisation, Mr Thackeray said it meant the PM has shown a path to the world on combating terrorism. However, other countries are not following that path, he quipped.