Hospital can’t admit any new patient, directed to close all its operations. 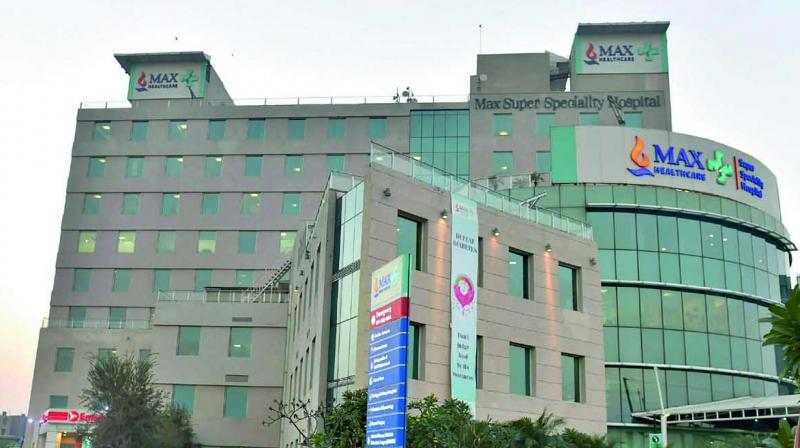 New Delhi: The licence of Max Hospital, Shalimar Bagh, was cancelled on Friday by the Delhi government, days after a newborn twin was erroneously declared ‘dead’ by the upscale hospital.

In an order issued by Dr Kirti Bhushan, Director General Health Services, Delhi government’s Health Department, the hospital cannot admit any new patient and was directed to close all its operations, including the out-patient department (OPD) and emergency services with immediate effect.

“The hospital has been found to be negligent and the government has decided to cancel its license. All the patients currently admitted at the hospital will receive complete treatment, however, no new admissions will be allowed,” health minister Satyendar Jain said in a press conference. The treatment of existing patients will continue and an option will be given to them to move to another hospital, he added.

The decision comes after the three-member panel, set up by the government, found the hospital guilty of medical negligence and of not having followed “prescribed medical norms” in dealing with newborn infants. The case pertains to one of the newly born premature twins, who was wrongly declared dead last week by the hospital, and was later found to be alive when the parents were on their way to perform the last rites. The baby was then admitted to a nursing home in Pitampura where he died on Wednesday. “The negligence in the newborn death case was unacceptable. Also, the hospital has been a habitual offender. Three notices were served earlier to it over lapses involving the EWS (extremely weaker section) quota patients and dengue fever beds. And, it has been found guilty in those cases too,” said the health minister. In an inspection done at the hospital by a government committee in November, it was found that the hospital has not earmarked beds for the patients belonging to the economically weaker sections as per conditions set by the government for providing hospitals subsidised lands.

“The condition of EWS and its waiting area was pathetic, the services were discriminatory, and the free OPD achievement was less than 7.1 per cent and 8.1 per cent for November 15 and 17 respectively,” said the order. It was also found that while the hospital was allowed to increase bed strength for admitting dengue and chikungunya cases, it was running the beds even after the period for which the additional beds were allowed and for treating patients other than fever cases. Asked about the doctors’ negligence in the twin baby case, the health minister said the Delhi Medical Council and the Medical Council of India are competent authorities to take action against doctors.

Meanwhile, chief minister Arvind Kejriwal said, “open loot or criminal negligence” by any hospital will not be tolerated.

“Whereas we don’t wish to interfere in day to day functioning of pvt hospitals, however, open loot or criminal negligence by any hospital won’t be tolerated. We won’t hesitate to take strongest action in such cases (sic),” he tweeted.

Calling the decision “harsh” and “unfair”, the Max Hospital, in a statement, said that they have not been given an “adequate opportunity” to be heard.

“We beleive that even if there is an individual error of judgement, holding the hospital responsible is unfair and will severely limit the ability for patients to access treatment. This will compound the shortage of hospital facilities in the national capital. We will explore all options available to us,” it said.