Ms Vij, mother of a three-year-old girl, had applied to 55 schools in the hopes of increasing her child’s chances of admission. 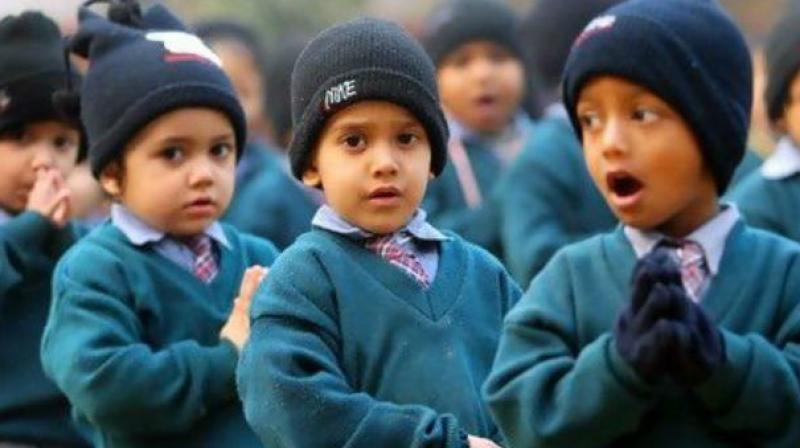 After the first list was released, many parents have voiced their dejection with the school system. (Representational image)

New Delhi: Only good fortune can help one secure a seat in nursery class in the national capital. Or that is what Munmun Vij is forced to think.

Ms Vij, mother of a three-year-old girl, had applied to 55 schools in the hopes of increasing her child’s chances of admission. But she was left dejected on Wednesday when the first list of the selected candidates was released.

“It’s like a lucky draw. It seems applying to so many schools was not enough. I was hoping to see her name in at least one school out of the 55 we had applied to. She had the points of distance, first born, and girl child, but we couldn’t secure a seat, not even in the waiting list of the schools within a distance of 1-3 km,” she said.

Even though her daughter’s name appeared in the waiting list of two schools — Springdales in Dhaula Kuan and K.R. Mangalam — Ms Vij, a resident of South Extension, is not much hopeful.

“Her name is among 200 other children and those schools are a little far from my house. I don’t think there is much chance,” she said. For parents like Ms Vij, the only remaining options are continuing with playschools or getting admission in the NCR areas. Sumit Vohra, founder of admisisonsnursery.com which is an online community for parents, said that many parents are blocking seats in the schools in the NCR area just like previous years. However, the number of parents going to Gurugram or Noida has increased manifold this year.

Ms Vij is not alone. After the first list was released, many parents have voiced their dejection with the school system.

“A school, just across my house, denied my daughter admission in nursery because of low points — because I am neither an alumni nor does she have a sibling in that school. My girl is my first child and my son is 1 year old now. Also, I was told that if she was a single child, she would have got 15 extra points. Pathetic education system,” a parent posted Mr Vohra’s website.

Mr Vohra said that even though it has been a problem every year, this has been the worst year so far for the parents in the last ten years as schools started misusing their autonomy by formulating their own rules.

“For example DPS (Mathura Road) called parents to submit the fees on February 28 itself, even before the release of the first list. Many sought-after-schools are asking for donation openly... starting from a minimum of Rs 1 lakh onwards,” he said.

Talking about the parents, he added: “The same parents, who wanted management quota to be removed, are now eager to get admission for their child under it.”