Congress described the bypoll as a two way battle between the BJP and Congress. 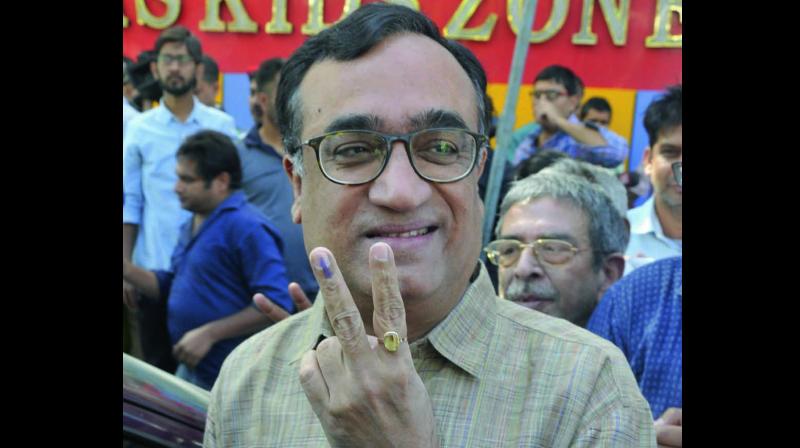 New Delhi: Terming the bypoll in the Rajouri Garden Assembly seat as a referendum on the AAP government’s performance in the capital, the Congress described the bypoll as a two way battle between the BJP and Congress. While the party dismissed any AAP wave in the area, the Congress showcased its star campaigners to woo the voters in the area.

Delhi Pradesh Congress Committee president Ajay Maken, after casting his vote in the Assembly seat on Sunday, expressed confidence about winning the bypoll and asserted that the main contest was between the Congress and the BJP.

“This bypoll is very important and the Congress will win this election. The contest is mainly between the Congress and the BJP. This is directly parliamentary election,” the Delhi Congress chief said. “This is a referendum on Kejriwal’s two years’ work,” he said.

Along with EVMs, the reliability of which has been questioned by the AAP, voter-verifiable paper audit trail are being used at all 166 polling stations of the West Delhi constituency.

While the BJP has fielded Manjinder Singh Sirsa, who won the seat in 2013, the Congress has fielded Meenakshi Chandela, who belongs to a politically influential family in the area. The AAP has come up with a new face —Harjeet Singh — for the bypoll.