Lack of clarity over EWS seats leave parents in a fix 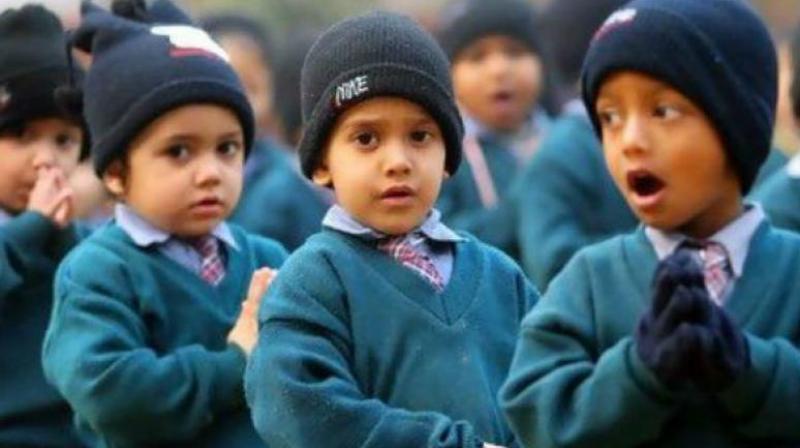 Parents whose wards’ names have not yet appeared in the list are worried since there is no information on the second list till now. a waiting list should be released (Representational image)

New Delhi: No action or information by Directorate of Education (DoE) on the multiple seats allotted to a few candidates in the first list for Economically Weaker Section and Disadvantaged Group (EWS/DG) category students has left parents worried about the lack of scrutiny in the admission process.

The computerised draw of lots for admission to entry level classes under the EWS/DG category for 2018-19 academic session were declared in March and the first list, which is of 1,437 pages, contained various names more than once.

In fact, a particular name appeared as many as 12 times in the list and the candidate was allotted multiple seats to at least three schools.

This has left several parents worried since many of them did not find the names of their wards in the first list.

However, even after several complaints to the DoE by individual parents and by education activist Sumit Vohra, no action has been taken yet.

According to the guidelines for admission under the EWS/DG category issued by the DoE, candidates cannot be allotted more than one school and multiple or duplicate entries shall be liable to cancellation of the admission of the candidate.

Mr Vohra said that it has been more than 10 days since he had raised the complaint regarding EWS/DG first list in which many parents had filled more than one form, which is against DoE guidelines, but it has not yet cancelled such admissions.

He added that the software did not prove to be efficient and demanded that the DoE should scrutinise the online applications and cancel all such admissions.

Moreover, the parents whose childrens’ names have not yet appeared in the list are worried since there has been no information on the second list till now.

“There are so many children whose names did not appear on the list and parents are anxious. The DoE should release a waiting list immediately on a priority basis. Last year, the second list had come in June and it should not be the case this time too,” Mr Vohra said.