Metros   Delhi  10 Apr 2019  Folk singer yet to join BJP, not to campaign for party
Metros, Delhi

Folk singer yet to join BJP, not to campaign for party

Acting on the advice of senior leaders, BJP central leadership has disapproved joining of Ms Chaudhary which was expected in last day of March. 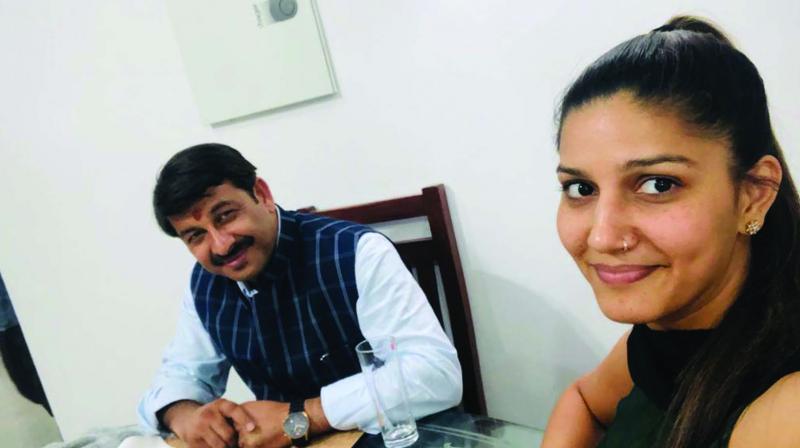 A party insider said that as per the initial plan, Ms Chaudhary was supposed to join BJP on March 31 at Talkatora Stadium at Prime Minister Narendra Modi’s “Main Bhi Chowkidaar” programme. “But joining of Sapna Chaudhary did not take place as central leadership did not approved the proposal placed by Mr Tiwari,” he added.

It is learnt that two senior central leaders strongly opposed the proposal saying that the controversy surrounding reports of Ms Chaudhary joining Congress will serve the purpose. “Reports came that Ms Chaudhary sought money to campaign for Congress after joining the party, which was not materialized so the next day she denied joining the grand old party.

The development or controversy surrounding money will not do good for the party and it will send wrong signal to the electorate,” he added.

Another senior party leader said that a meeting was held between Ms Chaudhary, Mr Tiwari and top leaders of party to discuss the joining of folk singer. “Top leaders did not impressed with the talks and later on conveyed their displeasure over Ms Chaudhary joining BJP,” he added.

Acting on the advice of senior leaders, BJP central leadership has disapproved joining of Ms Chaudhary which was expected in last day of March.

As per plan, Ms Chaudhary was expected to campaign in rural areas, Haryana and Western Uttar Pradesh.  After denial of central leadership, she is unlikely to compaign for party in any of these areas.

“As of now, Ms Chaudhary neither join nor campaign for the party,” said a party insider.