‘400 per cent jump in ticket bookings to Russia’ 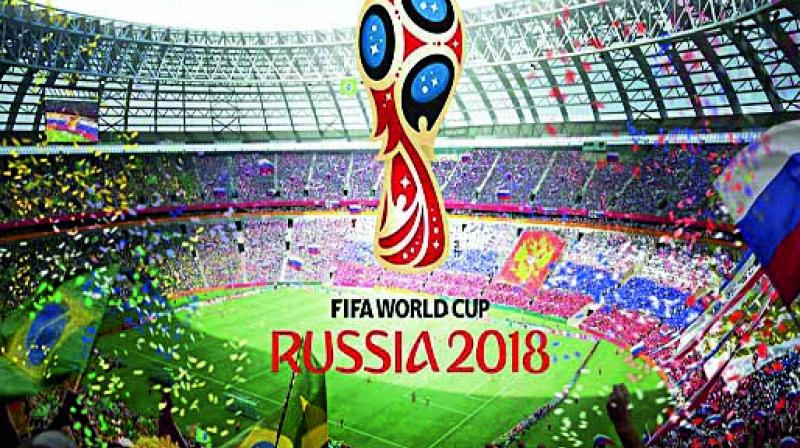 Additionally, the weather at the time of the World Cup is warm and sunny by Russian weather standards.

New Delhi: Russia travel spikes as Indian football fans make a beeline for FIFA World Cup, Russia. An Indian online tour and travel company, which conducted a survey, said that there is a more than 400 per cent growth in tourism to Russia.

"The football World Cup is one of the biggest sporting events this year and it coincides with one of the busiest travel time for Indians, holidaying during summer season. The surge in bookings for Russia this year corresponds with multi-city travel itineraries that holidaygoers have picked on our platform including cities such as Volgograd, Saransk, Sochi Moscow and St. Petersburg," the MakemyTrip spokesperson said.

"We have witnessed a growth of more than 400 per cent bookings June and July 2018 over last year. This trend in booking is expected to grow further as we get closer to the World Cup dates. The Russia FAN ID visa has made visa formalities easier for the visitors during the World Cup period. Travellers just require a match ticket and registration on the site for the visa and it is couriered to the visitors' doorstep," he added.

Additionally, the weather at the time of the World Cup is warm and sunny by Russian weather standards, so it's no surprise that Indians are picking Russia as one of their top international travel destinations for summer.

Coinciding with the World Cup matches, MakeMyTrip lists down most frequently booked destinations in Russia this summer are Sochi, the unofficial "summer capital" of Russia, or the Black Sea Pearl. Volgograd lies along the west bank of the Volga River in Southern Russia. Saransk is a city in central European Russia and is the Republic of Mordovia's capital.