This digital doll will prove to be effective in apprising about the schemes to every age group in the society. 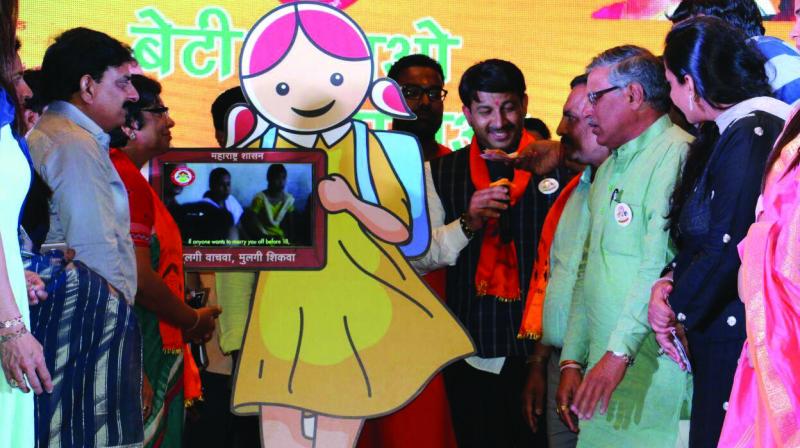 New Delhi: Known for using latest technologies in its poll campaigns, the BJP has now decided to use technology to spread the words about the achievements of the Narendra Modi government.

The Delhi unit of BJP plans to install “digital dolls”, which will apprise people about the achievements of the Central government in the last four years, at all the railway stations and interstate bus terminals (ISBTs).

A senior party functionary said that these dolls will be fitted with LCD screens which will play documentary films about the public welfare oriented schemes of the Central government. The move aims to make lakhs of passengers coming in and leaving the railway stations and bus terminals aware of the government’s welfare schemes. The BJP plans to take the Modi government schemes to more and more people so that they can benefit from them.

Delhi BJP president Manoj Tiwari said that the entire country is inspired by Prime Minister Narender Modi’s “Digital India” initiative and is utilising such instruments for information and broadcasting.

“This digital doll will prove to be effective in apprising about the schemes to every age group in the society. In the first phase, the schemes related to women’s development, especially schemes like ‘Beti Bachao-Beti Padhao,’ will be taken to the masses. If needed, this digital doll will be installed at other public places, which are crowded,” Mr Tiwari added.