Brain tumour among children on the rise in India

Brain tumour is a cancerous or a non-cancerous mass of growth of abnormal cells in the brain and is a leading cause of death in India. 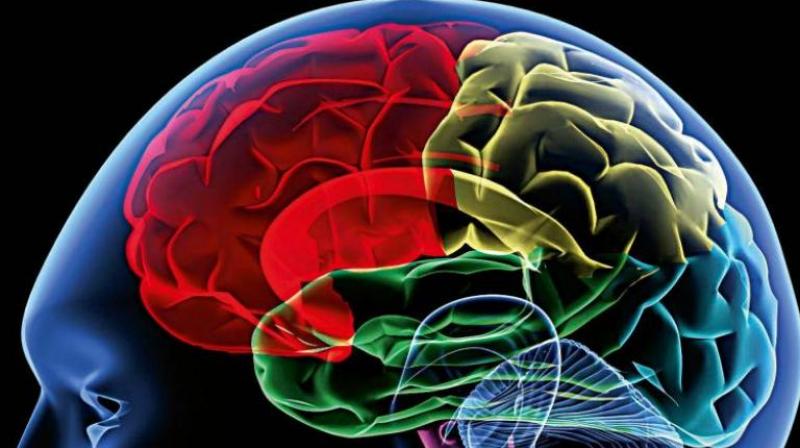 Every year over 2,500 of the Indian children suffer from medulloblastoma, a paediatric malignant primary brain tumour. (Representational image)

New Delhi: Cases of brain tumour, especially among children, have witnessed an increase in the country in the recent years.

Brain tumour is a cancerous or a non-cancerous mass of growth of abnormal cells in the brain and is a leading cause of death in India. Shockingly, it is on the rise in the age group of 3-15 years, where the chances of survival are also less.

Every year over 2,500 of the Indian children suffer from medulloblastoma, a paediatric malignant primary brain tumour.

“It is rising in the paediatric age group of 3-15. This month alone we saw 10 such cases of malignant cancerous tumour,” said Dr P.N. Pandey from the department of neurosurgery in Lok Nayak Jai Prakash (LNJP) Hospital.

“In such cases, the tumour is mostly uncontrolled and starts developing when the baby is in the prenatal stage. Survival, in such cases, is one to two years after the tumour is detected in the child,” he said. The doctor added that the environmental factors to which a mother is exposed, affect the baby in both pre natal and post natal life.

According to a study in 2016, every year 40,000-50,000 persons are diagnosed with brain tumour in India, out of which 20 per cent are children. The study showed a drastic increase in the cases of brain tumour in children post 2015. Doctors said that this could be attributed to long-term mobile use.

“There is a lot of literature that establishes a link between mobile radiation and brain tumour. Mobile phones emit radiation from their antennas and kids are at high risk as they possess soft tissues near the ear. It is advisable for children, adolescents, and also pregnant women, to use headphones while on call or use the speaker,” said Dr P.K. Sethi, professor and consultant of the neurology department at Sir Ganga Ram Hospital.

Even in elder patients, more and more brain tumour cases are being recorded than before. Out of 3,800 surgeries conducted in AIIMS per year, around 1,500 pertain to brain tumour.

“In the neurology OPD, we get around 10 to 15 per cent cases of brain tumour. The waiting list is also increasing every year. Currently, it ranges from three to six months,” said Dr A.K. Mahapatra, professor and chief of the department of neurosurgery at AIIMS.

Doctors, however, added that the rising number of cases can also be attributed to unawareness among the public and  enhanced technology through which diagnostic detection has increased.

“In LNJP, out of every 80 patient, five are suffering from brain tumour. Earlier, people didn’t consult doctors for headaches. An increased awareness has led to recording of more such cases,” said Dr Pandey.

However, not all these patients are from Delhi. Government hospitals see a lot of influx from neighbouring states like Uttar Pradesh, Haryana, etc.