DCW chief Swati Maliwal to issue notice to Delhi police and Tihar jail authorities to expedite execution of the rapists. 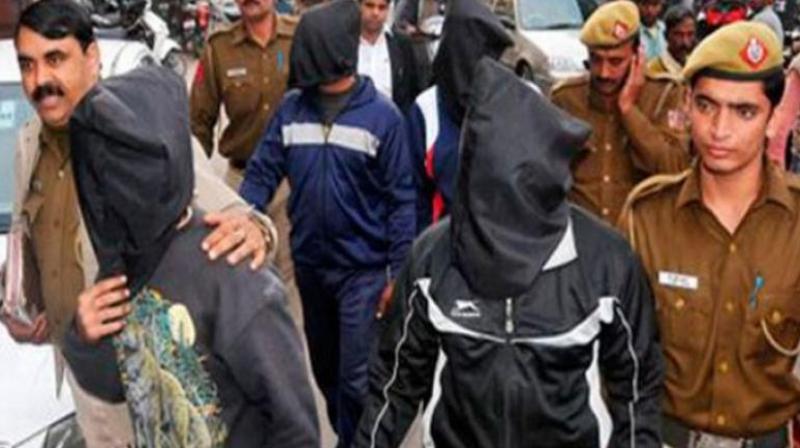 The convicts in the Nirbhaya case being taken to court (Photo: PTI)

New Delhi: The parents of the December 16, 2012, gangrape and murder victim said the Supreme Court order has sent a strong message to those who commit heinous crimes and that their faith in the judiciary has been reinstated.

“The Supreme Court upholding its verdict is a strong message to those who commit such heinous crimes. Our faith in the judiciary has been reinstated. I appeal to the Prime Minister to take concrete steps against atrocities towards young girls and women,” Asha Devi, the mother of the victim, said. Politicians and activists have also hailed the development.

“I am satisfied that the Supreme Court has upheld the death sentence of the Nirbhaya case convicts. Not only this, a Madhya Pradesh court has recently awarded death sentence in a case of rape of a minor girl. This is the first verdict after the new law came into force. The stringent measures taken by our government are working and will act as a strong deterrent for the perpetrators of such heinous crimes,” she said. Delhi Commission for Women (DCW) chairperson Swati Maliwal also welcomed the development even as she questioned the six-year delay in dispensing justice in the case. She said the DCW would issue a notice to the Delhi police and the Tihar jail authorities, asking them to expedite the execution of the convicted rapists. 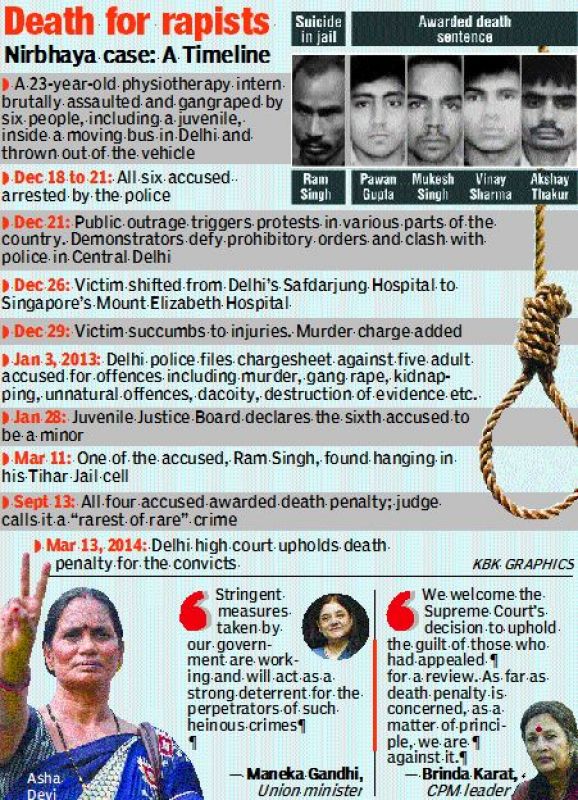 Hailing the move, CPI(M) leader Brinda Karat said, “We welcome the Supreme Court’s decision to uphold the guilt of those who had appealed for a review. The apex court’s decision is based on the present legal framework, which recommends death penalty in the rarest of rare cases.”

She, however, added, “As far as death penalty is concerned, as a matter of principle, we are against it.”

Activist Annie Raja also welcomed the apex court’s decision, even as she wondered whether capital punishment could prevent such crimes.