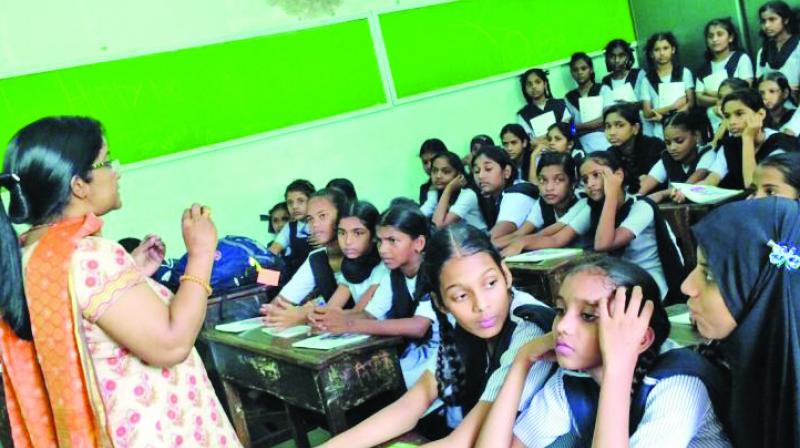 The industry body interacted with 3,250 parents in districts falling in NCR whose children are studying in local government schools. (Representational image)

New Delhi: Schools in the National Capital Region (NCR) must emulate the model of Delhi government-run schools in terms of making much-needed improvement to facilities and teaching methods, observed a parents’ satisfaction survey conducted by Assocham.

“The state governments of Haryana, Uttar Pradesh (UP), and Rajasthan having 13, seven and two districts that, along with NCT of Delhi, make up the NCR, must take a cue from the Delhi government and allocate a large chunk of their budget to education sector,” according to the survey conducted by the Associated Chambers of Commerce and Industry of India (Assocham) and Social Development Foundation.

The industry body interacted with 3,250 parents in districts falling in NCR whose children are studying in local government schools. The survey was conducted during May and June to ascertain the views of people in general about their level of satisfaction in government schools of their respective districts.

“Almost all the parents were of the view that Delhi government is doing a commendable job for bringing overall improvement in the school education as every parent wants schools with good amount of facilities in their own area. Many of them said that through various media reports and views of their relatives and known people they have come to know about the Delhi government model of schools that have undergone a metamorphosis,” the survey said.

Releasing the survey’s  findings, Assocham secretary general D.S. Rawat said, “A lot is being done in education at the Centre and state government levels. With Delhi government providing state-of-the-art facilities, improving infrastructure and quality of education, other states must follow suit to help shape a bright future for our children.”

The  parents were also asked how satisfied they were with the school their ward/s attended, including school teachers, academic standards, order, discipline, and the way school staff interacted with parents.

“Many respondents said there were many areas that needed improvement. Some said proactive approach was needed to ensure wholesome development of children.”