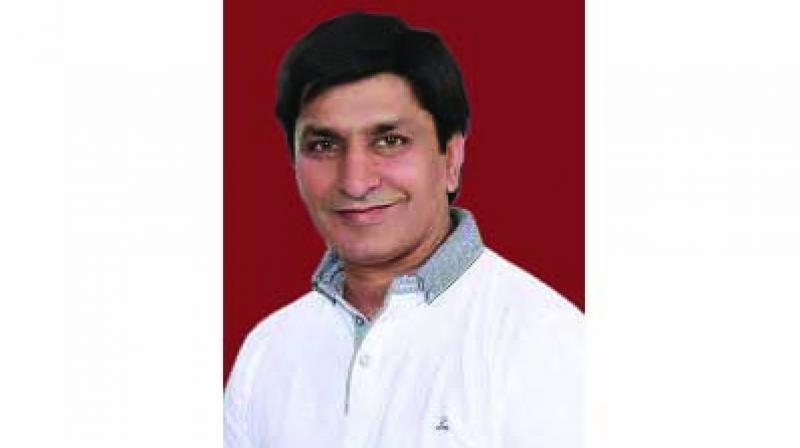 New Delhi: Former two-times BJP MLA Manoj Shokeen was booked for allegedly raping and threatening his daughter-in-law after she alleged that Mr Shokeen had raped her at gunpoint on the intervening night of December 31 and January 1 this year. An FIR has been registered in this regard on Thursday (August 8).

According to the FIR, on December 31, 2018, the victim, along with her husband, brother, and a cousin, left her maternal home and were going to her in-laws’ home in Meera Bagh area in the evening. However, her husband, instead of taking her to their home, took her to a hotel in Paschim Vihar area.

The victim’s brother-in-law, sister-in-law, and other relatives were already present there to celebrate New Year’s Eve. After the party at about 12.30 am on January 1, she reached her in-laws’ house at Meera Bagh in Paschim Vihar area. The victim went to sleep while her husband left her alone in the room and went out with his friends to consume more alcohol.

She alleged in her FIR that at about 1.30 am her father-in-law asked her to open the door as he wanted to talk to her. After he entered the room, he started touching her inappropriately.

At this, she told him that he was drunk and asked him to go to sleep. Following this, he took out his gun, slapped her, and threatened her when she tried to raise alarm. He overpowered her then and allegedly raped her.

She alleged that he had threatened to kill her brother if she raised alarm. As she wanted to save her marriage and her brother, she stopped herself from filing complaint against him.

The victim mentioned in her complaint that there is already a case registered against her in-laws at the crime against women (CAW) cell in Saket court, which was filed soon after she got married in December 2018.

She said in her complaint that her in-laws’ behaviour was not good with her. On July 7 this year, in the CAW cell, her mother and father were harassed. An FIR has been filed in Saket police station in this regard.

The victim narrated her ordeal, which shocked her parents.

A case has been filed against Manoj Shokeen under Section 376 and 506 of the IPC. Deputy commissioner of police (Outer) Seju P. Kuruvilla said, “We have initiated a probe in this regard and will take action as per law.”