Metros   Delhi  11 Feb 2017  Tytler: CBI has not given any reason for lie test in riots case
Metros, Delhi

Tytler: CBI has not given any reason for lie test in riots case

Case pertains to the death of three Sikhs in the aftermath of the riots that broke out after the assassination of then PM Indira Gandhi. 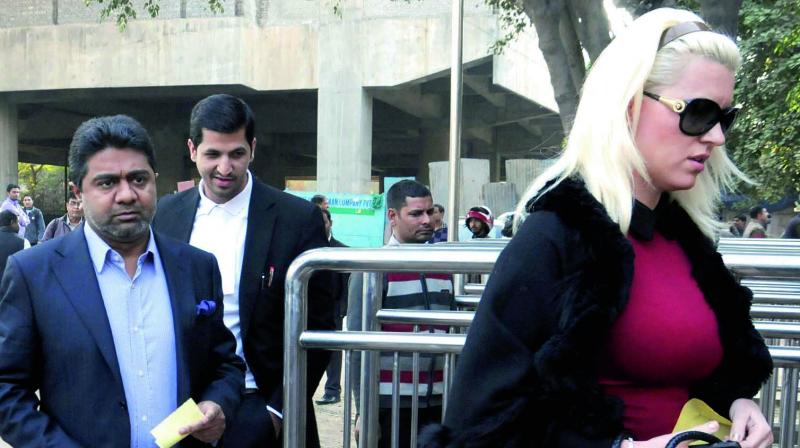 New Delhi: Congress leader Jagdish Tytler, on Friday, told a Delhi court that the Central Bureau of Investigation (CBI) has not given any reason in its plea to conduct the lie detection test on him in a 1984 anti-Sikh riots case. Mr Tytler, who did not appear before the court personally, filed an application through his lawyer stating that the CBI plea was a “gross misuse of law” and it was filed with “mala fide intention.”

Arms dealer Abhishek Verma, who was also issued a notice by the court on the CBI plea, appeared before the court and said that he stands by his statement given to the probe agency earlier and was ready to join the investigation. Mr Verma, a witness in the 1984 anti-Sikh riots case, has deposed before the CBI earlier that Mr Tytler had told him in 2008 that he got a clean chit in the case after meeting the then Prime Minister Manmohan Singh.

Advocate Maninder Singh, who represented Verma, also said that the CBI has not given any reason to conduct the lie detection test on him and he was ready to record his statement before a magistrate under Section 164 of the CrPC. He also sought a week’s time to file his reply on the plea.

The additional chief metropolitan magistrate, Shivali Sharma, granted time to Verma to file his reply and listed the matter for February 23 for hearing arguments on CBI’s application.

Senior advocate H.S. Phoolka, who represented the riot victims, said that Tytler had earlier given a statement to the media that he was ready to undergo lie detection test. The court had on February 8 issued notice to Tytler and Verma on CBI’s plea.

The case pertains to the death of three Sikhs in the aftermath of the riots that broke out after the assassination of then Prime Minister Indira Gandhi.

Mr Tytler has been given a clean chit by CBI thrice in the case but the probe agency has been directed by the court to further investigate the matter. Verma has made several statements to the CBI against the senior Congress leader that he allegedly pressurised witnesses in the case.

During the hearing, Verma told the court that he was facing threat and should be given protection. The CBI in its plea has said, “For the purpose of further investigation, polygraph test (lie detection test) needs to be conducted on Abhishek Verma and Jagdish Tytler.”

It has cited the court’s December 4, 2015, order in which it was mentioned that a lie detection test may be conducted, if required.

“The presence of these two persons, namely, Abhishek Verma and Jadgish Tytler, is necessary before this court to accord their consent about the polygraph test,” the plea said while seeking the court’s direction to Tytler and Verma to appear before it.

The court had earlier held that Verma, in his statement to the CBI, disclosed an “active role” played by Tytler in extending a “helping hand” to a witness against him. It had noted that the statement given by Verma to the CBI, in which he has claimed that Tytler had sent the son of Surinder Singh Granthi — a key witness against him — to Canada, cannot be a “sheer coincidence” and the agency should probe whether it is true.