Ruckus in House over water crisis

All 4 BJP legislators marshalled out 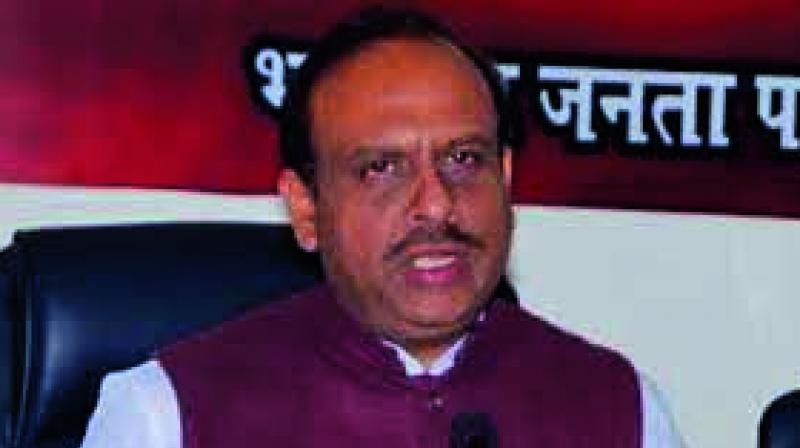 New Delhi: All four BJP MLAs, including Opposition lea-der Vijender Gupta, were on Tuesday marshalled out of the House as they continuously demanded a discussion on the alleged water crisis.

As the BJP MLAs — Mr Gupta, O.P. Sharma, M.S. Sirsa and Jagdish Pradhan — trooped into the Well of the House and continuously demanded the discussion on the issue, Speaker Ram Niwas Goel ordered them to be marshalled out.

Mr Gupta alleged that the government was “running away” from the discussion on the “water crisis” due to which people have been facing a lot of problem.

The Opposition leader said that CM Arvind Kejriwal has the charge of water and demanded his resignation over the alleged “water crisis”.

On Monday also Mr Gupta was marshalled out while three BJP MLAs stated a walkout over the issue.

Dirty water is allegedly being supplied in various areas of the city, but government is not “serious” to address people’s problems, Mr Gupta alleged.

Opposition member Ma-njinder Singh Sirsa said that despite having the charge of water, the chief minister did not come to the House as he does not want a discussion on the alleged water crisis.

Mr Sirsa claimed that he has given `4 crore from his MLA fund to resolve water problem in his Rajouri Garden constituency, but the government was not “serious” about the discussion.

Mr Gupta said that if the government does not address the “water crisis” at the earliest, all four BJP MLAs will go to several areas to strongly take up the issue.