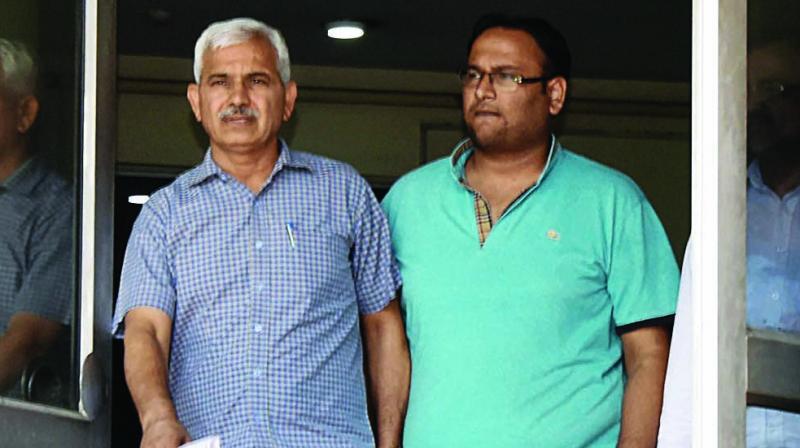 The Anti-Corruption Branch produces Vinay Bansal in a court in New Delhi on Thursday. (Photo: PTI)

New Delhi: Delhi chief minister Arvind Kejriwal’s nephew Vinay Bansal was arrested on Thursday morning by the Anti-Corruption Branch (ACB) in connection with alleged financial irregularities in a drainage project for the PWD, sparking the Aam Aadmi Party to allege that it was a conspiracy to malign the party chief’s image and harass his relatives.

While Mr Bansal was sent to one-day judicial custody by a Delhi court, his arrest prompted a political slugfest in the national Capital with the BJP’s Delhi unit demanding Mr Kejriwal’s resignation and Delhi deputy CM Manish Sisodia alleging that the Centre was using the Delhi police and the Anti-Corruption Branch (ACB) only “to harass and trouble” AAP leaders and their relatives.

The ACB officials said Mr Bansal was found to be a 50 per cent stakeholder in a firm named Renu Constructions that was allegedly involved in financial irregularities in building a drainage system in northwest Delhi.

Mr Bansal was arrested in the morning from his residence in Northwest Delhi’s Pitampura area, a senior ACB official said. Duty metropolitian magistrate Suri Mishra denied the ACB’s application for three-day police remand saying Mr Bansal is not medically fit, while sending him to a one-day judicial custody.

Rebutting the AAP government’s claim that a third party audit had cleared the project, the ACB sources said that four PWD officials had “colluded” with the company in the alleged wrongdoing. They alleged that Mr Bansal was evasive during questioning and had claimed that he was not an active partner in Renu Constructions.

The ACB officials said they have found records, agreements, acceptance of measurements, bills, etc, signed by Mr Bansal and there was also correspondences like request of approval of drawings that had his signature.

Three FIRs, including one against a company run by the chief minister’s brother-in-law Suren-der Bansal, were registered by the ACB in the PWD scam case on May 9 last year. Three companies, including Renu Constructions (owned by Mr Bansal, Kamal Singh and Pawan Kumar), were named in these FIRs. 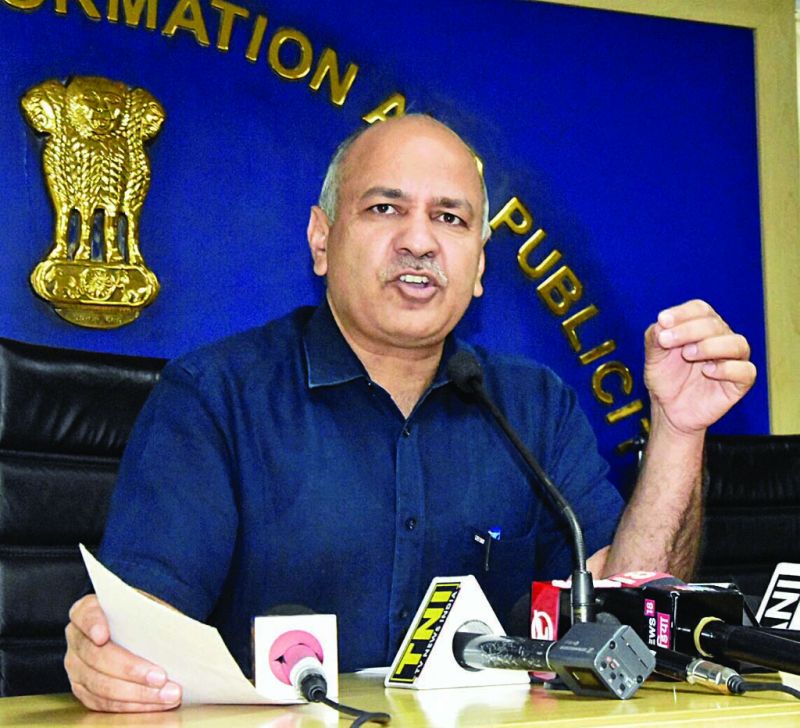 In a complaint, Rahul Sharma, founder of Roads Anti-Corruption Organis-ation (RACO), had alleged that Mr Kejriwal and PWD minister Satyendra Jain misused their office for grant of contracts to Mr Bansal. However, they were not named in the FIR. RACO, an organisation which claims to monitor construction projects in the national capital, had alleged that a firm linked to Mr Bansal was involved in financial irregularities in building a drainage system in north-west Delhi.

The ACB officials said the partnership agreement between the PWD and Renu Constructions before the award of work was signed by the father-son duo, Surender and Vinay Bansal and investigation revealed that Renu Constructions had procured steel and cement from a firm named M/S Mahadev Impex that was later found not to exist.

The PWD had estimated the project cost to be around Rs 4.9 crore but the firm had bid for an amount of about Rs 2.64 crore and the project was completed at a cost of approximately Rs 3.1 crore.

“The internal quality assurance team of PWD did not inspect the work despite the tender being 46 per cent of the estimated cost. Prima facie, PWD officials deliberately overlooked checking the construction quality to favour the contractor for undue pecuniary gains,” the ACB source said.

Rejecting the charges, Deputy CM Sisodia said the “justice” still exists in the country and the police and the ACB would be “exposed” once the case goes to courts. He said the action against Mr Bansal was part of a chain of arrests of AAP MLAs and  harassment of AAP ministers and their relatives.

He also said that the IIT- Roorkee had done a third-party audit of the concerned drainage system project and submitted a report. And the work was found to be done well by the PWD as well.

“After the complaint, the ACB also did a separate inquiry by Sri Ram Labs which also said the work was satisfactory,” Mr Sisodia said.

AAP’s Delhi unit chief spokesperson Saurabh Bharadwaj said that it was “an attempt to malign the chief minister’s image and harass his relatives.” He rejected allegations of any scam in the contract allotted to Mr Bansal’s company. Mr Bharadwaj said the contract was given to Mr Bansal’s company in January 2015 while Mr Kejriwal came to power a month later.

“Contractors are asked to submit bills of material used to ensure that quality of material like steel, cement, bricks. The quality of all this material has been inspected and certified by IIT Roorkee and SriRam Labs. These two are most reputed labs in India. Where is the scam?” Mr Bharadwaj tweeted.