Supreme Court: Eastern E-way can’t wait for PM, open it for public by May 31

The counsel for NHAI said the delay was on account of the non-availability of the PM who is busy with various other schedules. 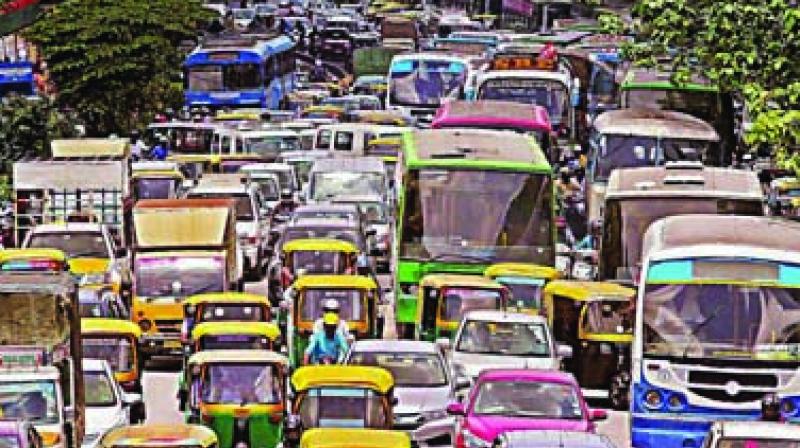 The 135 km six-lane highway is expected to decongest Delhi by diverting around two lakh vehicles.

New Delhi: In a clear rebuff to the Ce-ntre, the Supreme Court on Thursday made it clear that the Eastern Periphe-ral Expressway, constructed by the National Highw-ays Authority of India (NHAI), cannot wait indefinitely for Prime Minister Narendra Modi’s inauguration and it should be inaugurated on or before May 31 and thrown open to the public from June 1.

The expressway, which is aimed at decongesting Delhi, was to have been inaugurated by the Prime Minister on April 29 but he could not do so as he was busy in the Karnat-aka elections. A bench of Justices Madan B. Lokur and Deepak Gupta is hearing a PIL filed by activist M.C. Mehta on measures to curb pollution in the capital.

During the resumed hearing on Thursday, when counsel informed the court that the expressway was not opened due to Prime Minister’s pre-occupation in Karnataka elections, Justice Lokur told the counsel for NHAI, “Why don’t you open it and inaugurate it later. The high court of Meghalaya is functioning for the past five years without a formal inauguration.”

Justice Lokur said, “You cannot pass on the buck saying the PM is not available. We can’t wait indefinitely for the PM (to inaugurate it).” In a brief order, the bench said, “The NHAI shall take formal steps for inauguration of the project on or before May 31, failing which it shall be made open to the public. Delay is not in the interest of the people of Delhi. If it is not inaugurated it should made be open from June 1.”

Amicus curiae Aparajita Singh told the court that contrary to the assurance by the additional solicitor general A.S. Nadkarni at the last hearing that the project would be inaugurated on April 29, no measure so far had been undertaken for throwing open the highway for regular traffic

The counsel for NHAI said the delay was on account of the non-availability of the PM who is busy with various other schedules. According to the counsel, the NHAI had also sought time from the PMO for his inauguration this month, but they were yet to get any official confirmation from his office.

The 135 km six-lane highway is expected to decongest Delhi by diverting around two lakh vehicles. It would also help in tackling pollution in the national capital. The Eastern and Western Peripheral Expressways were planned in 2006 following the top court’s order to build a ring road outside the national capital for channeling non-Delhi bound traffic.