‘Lack of statehood can’t be an excuse for not working’

Constitution will have to be changed to make Delhi a full state: Sheila 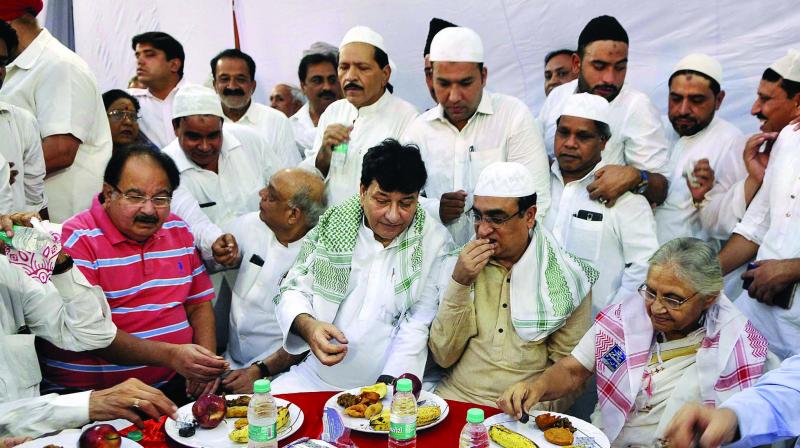 New Delhi: Former Delhi chief minister Sheila Dikshit on Sunday said lack of statehood can not be an excuse for not working, prompting AAP leader and her successor Arvind Kejriwal to dare her to run the national capital under Prime Minister Narendra Modi.

After the Aam Aadmi Party raised the pitch for full statehood for Delhi, Ms Dikshit told reporters that Delhi will continue to be partly governed by the Centre unless the Constitution was changed. She said, “Now, with elections approaching, they (AAP) are talking about the lack of rights. This is just an excuse. They knew about the statehood issues, they know about the Constitution.”

The three-term former CM said that the  only way to make Delhi a full state is to change the Constitution. “If they are able to do that, it’s fine. Otherwise, Delhi is and will remain a Union territory, partly governed by the Centre.”  Mr Kejriwal, who defeated Ms Dikshit in 2013 and came to power again in 2015, said people were unhappy with the state of affairs with  the veteran Congress leader  on the issues of water and electricity bills as well as government schools and hospitals.

“We fixed all these things. During your tenure, you had your own party in power in Centre. You also had your own L-G. I challenge you to run Delhi for a year under the Modi-rule,” Mr  Kejriwal tweeted. “And please talk to your own Puducherry chief minister. Kindly give this gyan to him also,” he added. Puducherry’s Congress CM V. Narayanasamy has been having a running battle with his lieutenant- governor Kiran Bedi over jurisdictional issues.

Ms Dikshit said her government worked not only with the Congress but also with the Bharatiya Janata Party at the Centre and had the “rapport with both”. “We worked and had a rapport with both the Atal Behari Vajpayee-government and with the Manmohan Singh government,” she said.

The AAP had been accusing the Congress and BJP of taking a U-turn on statehood demand. Ms Dikshit said: “We too demanded statehood, but we were not successful.” She dismissed any possibility of an alliance with the AAP in the 2019.