Many seen entering premises without verification by guards. 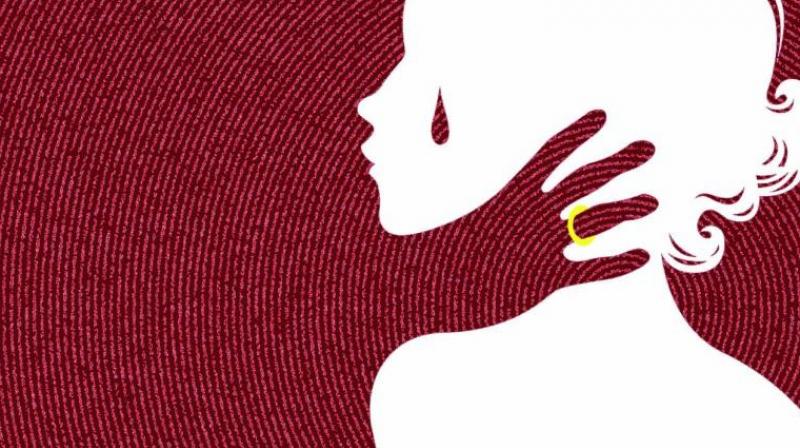 As parents of other students staged a protest outside the campus, the authorities tried to assuage their concerns about the safety of their children. (Representational image)

New Delhi: Representatives of an NDMC-run school in Delhi, where a Class 2 student was allegedly raped, have claimed that they had put enough security measures on the campus to discourage unwanted visitors, but several people were seen entering the premises unchecked on Friday.

The Class 2 girl was allegedly raped by the man inside the institute’s premises on Wednesday, pol-ice said. The school principal had been on leave for more than a week.

As parents of other students staged a protest outside the campus on Friday, the school authorities tried to assuage their concerns about the safety of their children inside the school premises.

A number of people were seen entering the campus without verification by guards at the gate, despite one of the school employees claiming that they have deployed four women security personnel at the main gate of the school.

The employee said CCTV cameras were installed on the school premises and they were in the process of installing more cameras, adding they will have a meeting with the New Delhi Municipal Council chairman on the matter. But the police said the crime scene did not have CCTV cameras.

“We briefed students about the incident and asked them to be cautious. Four women security personnel are permanently deployed at the school gate since ours is a girls’ school,” the employee said.

A school representative, on the condition of anonymity, said they were informed about the incident on Thursday at 10 am by the girl’s parents and claimed that the accused was not emp-loyed with their school.

“From what we know, the incident occurred after 1.30 pm, when the school gets over. Our school employee was not involved in it. The investigation is underway and the child is doing fine. We have been in regular contact with the parents of the victim. Parents of other students need not panic about the safety of their wards,” she said.

The victim’s parents have been called for a counselling session on Monday to assuage their concern.

“We had counselled them after they informed us about the incident. It is a very unfortunate incident and we are lending them our support,” the representative said.

He said rumours are being spread about the school and how unsafe it is; parents are being misguided but they should not panic. Calls and messages to NDMC chairman Naresh Kumar went unanswered.