Probe agency wants his custody in Aircel-Maxis before grilling. 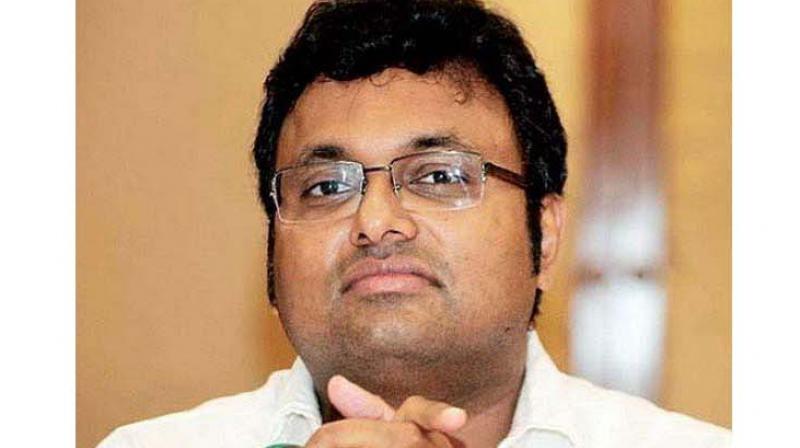 Special CBI judge O.P. Saini asked the counsel for Karti to file his response by September 18 on ED’s plea, which has urg-ed the court to cancel the interim relief from arrest granted to him.

The probe agency has alleged that Karti was not cooperating with the investigation, which was one of the conditions imposed on him while granting him interim relief. The agency has also said that Karti was showing “irritation” and sometimes even anger while being interrogated by the ED officials in the case.

The ED had earlier in the day moved the court to cancel the interim relief granted to Karti. On Aug-ust 7, the Delhi court had extended till October 8 the interim protection from arrest granted to Chidambaram and Karti in the Aircel-Maxis cases filed by the CBI and the ED for the alleged offences of corruption and money laundering respectively. They were named in the charge sheet filed by the Central Bureau of Investi-gation (CBI) in the case on July 19.

The ED is also probing a separate money-laundering case in the Aircel-Maxis matter and a charge sheet was filed against Karti by the agency on July 13.

The CBI is probing how P. Chidambaram, who was the finance minister in 2006, granted a Foreign Investment Promotion Board (FIPB) approval to a foreign firm, when only the Cabinet Comm-ittee on Economic Affairs (CCEA) was empowered to do it.

The senior Congress lea-der’s role has come under the scanner of  investigating agencies in the Rs 3,500-crore Aircel-Maxis deal and the INX Media case involving Rs 305 crore.

Taking a cue from the CBI FIR, the ED is probing the money laundering in the matter. Mr Chidam-baram and his son have been questioned by the ED on various occasions, even though the politician has not been arrayed as an accused.

Both have denied the allegations levelled agai-nst them by the CBI and the ED.