Congratulations Delhi, you are a carbon-neutral airport. Even though the air outside is difficult to breathe. 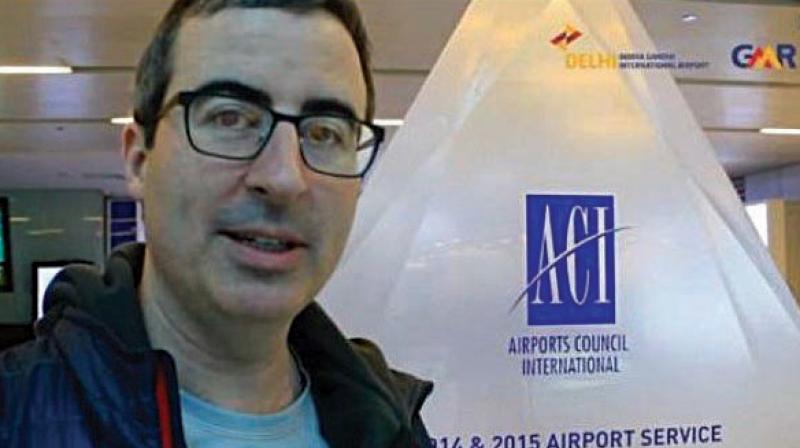 New Delhi: British comedian John Oliver, known for his satirical take on world politics and other newsmakers across the planet, recently joked about Delhi’s “soupy” air in a video shared at Delhi Airport Facebook page.

“Congratulations Delhi, you are a carbon-neutral airport. Even though the air outside is difficult to breathe, but that’s not the point. The point is, it’s carbon-neutral here (Delhi airport). The air is like soup but let’s not criticise that, lets congratulate Delhi airport,” quipped John of Last Week Tonight fame.

The British comedian, who was recently spotted at the Indira Gandhi International airport, New Delhi, was said to be on a mysterious trip to the country since nobody knows if it was a leisure or business trip.

In the video, Oliver is also seen talking about “the magnificent, large, pointy award” of excellence and even drew attention to the “historic baggage” that comes with a Briton congratulating India at an airport in the country.