The BMW driver was arrested and later freed on bail. 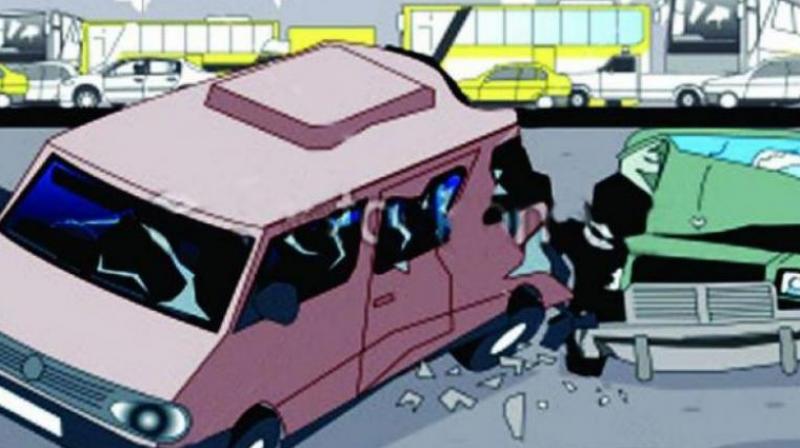 New Delhi: An autorickshaw driver injured after an overspeeding BMW rammed into his autorickshaw late Saturday night after the driver of the luxury vehicle lost control before coming to a grinding halt in east Delhi’s Mayur Vihar.

The police said that the driver of the luxury car was arrested and later released on bail. He has been identified as Jitendra, a resident of Rohini. He runs his own business. The injured autorickshaw driver, Suraj, is undergoing treatment at a hospital and is said to be critical. The victim was returning to his home in Pandav Nagar when the accident took place.

“The accident took place at 11 pm near Samachar Apartments in Mayur Vihar. The BMW was allegedly coming from the other side and was being driven in a rash and negligent manner. It rammed into the auto-rickshaw from the rear end. The impact of the hit was so powerful that the auto-rickshaw went a few meters ahead and crashed on the road before being turned into scrap,” said a police officer.

The accused driver didn’t flee the spot and took injured Suraj to a nearby hospital with the help of passersby. The police was informed, who then rushed to the spot and arrested Jitendra. However, he was later released on bail. Police is scouring the footage from CCTV installed in the area and has initiated a probe into the same.