RTR flyover work to be complete by June 30 next year

The flyover, which will facilitate traffic movement towards the IGI airport, has been under construction for the last two years 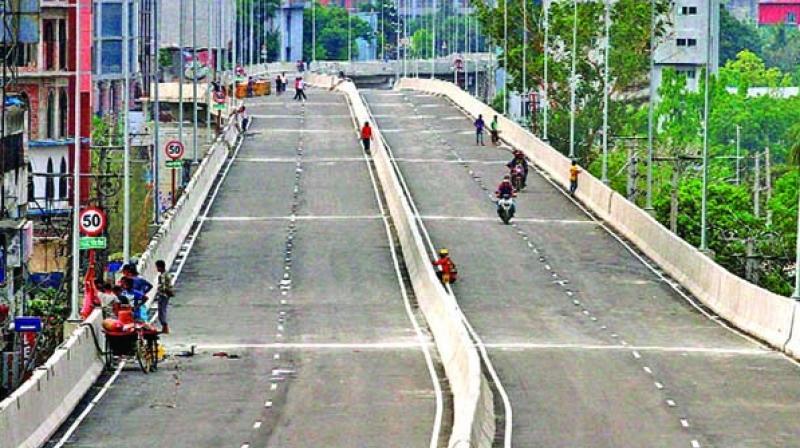 New Delhi: The construction of the much delayed parallel flyover to the infamous Rao Tula Ram Flyover in South Delhi is set to get a fresh lease of life with the Delhi government fixing its completion date.

Officials said that the flyover’s construction will be expedited from next month onwards and is expected to be complete by June 30 next year.

The flyover, which will facilitate traffic movement towards the Indira Gandhi International airport, has been under construction for the last two years. However, the pace of work has been sluggish and just 7.5 per cent work has been completed. Officials attributed various reasons, including the underground lines of Indraprastha Gas Limited, Delhi Jal Board, MTNL and power lines, for the exorbitant delays caused in the project. In addition, the local residents of the Vasant Vihar area had approached the court in opposition to the construction of the flyover. According to officials, the pace will now pick up as the court has given the city government relief in the matter. In a bid to save time, the flyover will be constructed using pre-casting technique and will be made of steel. In this technique, pillars are constructed and the pre-cast structure is assembled on steel girders. Officials said that in order to construct the steel girders and the main structure, the spans have already been constructed. The new technique will save construction time, thereby speeding up the project.

As part of the project, an underpass will be constructed along with the flyover project in order to provide another route for traffic from the Outer Ring Road to cross the inner Ring Road and thus reduce the burden on other roads connecting RTR Marg with Ring Road. The new flyover will provide signal-free connectivity from IIT to IGI Airport.