He added that it all started with the eruption of the University Grants Commission gazette notification. 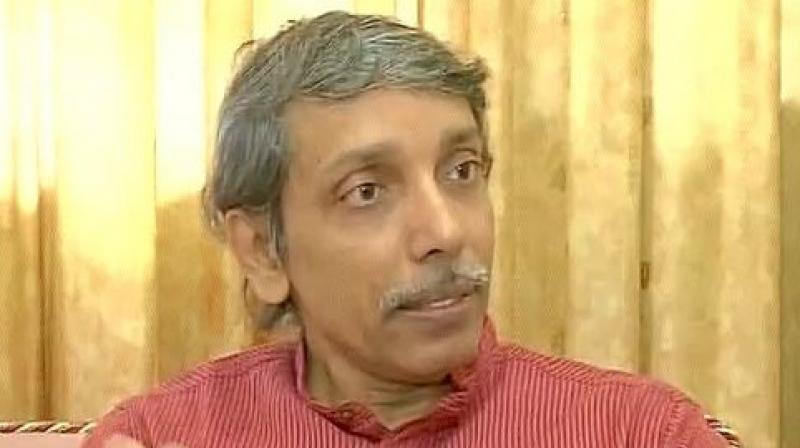 New Delhi: Jawaharlal Nehru University (JNU) vice-chancellor Jagadesh Kumar on Sunday condemned the students move to occupy the administrative block over recent amendments in the admission policy and said that they were committing a crime by preventing government employees from doing their duty.

"Preventing the government employees' from doing their duty, occupying a government building which has very confidential files and other important materials is a criminal act. If they continue to do this then the law of the land will take its own course," Kumar told ANI.

He added that it all started with the eruption of the University Grants Commission (UGC) gazette notification. The academic council and the executive council have adopted the UGC gazette notification, which specifies certain admission procedures for M. Phil and PhD admissions.

"JNU has certain inclusive and progressive admission policies such as giving deprivation points and concessions to OBC, SC/ST students in the entrance exam. We have included all these progressive and inclusive policies of JNU while adopting the UGC gazette notification. Therefore, the agitation by the students and occupation of the administrative building is most unfortunate and unwarranted," he said.

He further said that they had a series of meetings with the student representatives trying to explain them that there is no need of this agitation when the admission policies are socially inclusive and progressive.

"But in spite of our best efforts they have come and blocked the administrative building. They are stopping all the officials from doing their work. Many of our officials including the Rectors, Dean of students and registrar went and pleaded the students to vacate the administrative building so that the normal functioning of the university can be resumed. But they are very adamant," he added.

He asserted that the JNU has been recognised by President Pranab Mukherjee as number one central university.

"I again, through media, would like to request them to vacate the building and let us function," he added.

The students' action comes as members of JNU Teachers Association (JNUTA) met President Mukherjee and sought his intervention into the amendments in admission rules causing seat cuts for Mphil and PhD programmes.

"The students' agitation with regard to the implementation of UGC regulations is unwarranted and is vitiating academic atmosphere of the university. It is unfortunate that some students have forcibly occupied the administration building preventing entry of staff and officers," Dean of Students Rana P. Singh said.

The JNU students union claimed that they were peacefully protesting and wanted to seek an appointment with the vice-chancellor to discuss their grievances with him.