One of the major areas that the policy focuses on is the decentralised treatment of waste water and increasing use of recycle water. 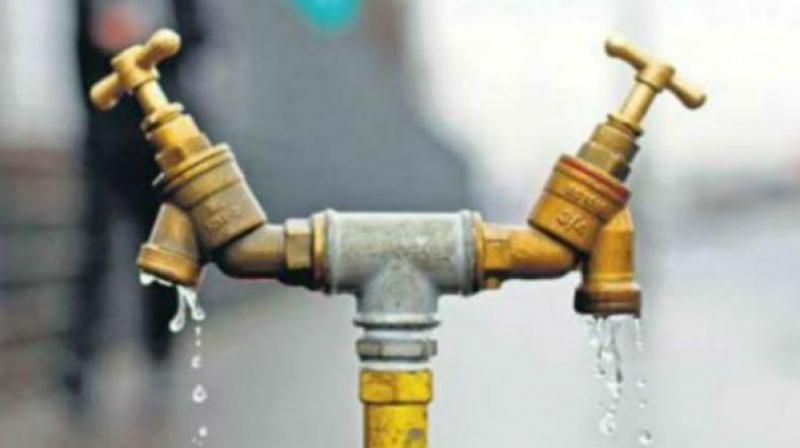 New Delhi: Decentralising waste wat-er treatment across Delhi, introducing a groundwater bill, setting up of a water commission, and bringing a water device rating system are some of the novel steps mentioned in Delhi’s water policy, which is to be announced by the government soon.

“So far, the focus has been on enhancing supply, getting water from Bhakhra and Tehri, and plans to get it from Lakhwar-Vyasi. But all this includes focus on increasing the supply, whereas there has been no focus on demand so far. So we need to manage the equation between supply and demand,” said Manu Bhatnagar, principal director at the Natural Heritage Division, Intach.

One of the major areas that the policy focuses on is the decentralised treatment of waste water and increasing use of recycle water. According to the report, the Delhi Jal Board (DJB) has set a target for itself to reuse 35 per cent waste water by 2019 and 70 and 80 per cent by 2024 and 2026, respectively.

Decentralising waste wa-ter system essentially me-ans setting up small sewa-ge treatment plants (STPs) across the city so that the waste or the sewage system is treated locally. In the current scenario, a long-distance pipeline network is wasted in carrying water to the STPs.

“In case of a local STP close to the source of the generation of sewage, it will be treated there without crossing long distances. This will also reduce a lot of energy which is otherwise required in pumping the sewage at a further distance,” said Mr Bhatnagar.

The work on this is already ongoing with DJB about to set up six such STPs at different locations. Besides, the report also says that campuses like IIT and JNU will have their own treatment systems.

A groundwater bill, which will enable metering of the tube wells, is also suggested in the policy. This is aimed at reducing extraction of groundwater and bringing the water table to the desired level, which was prevalent during the year 1995, by 2030