Yet another blow to Monsanto as royalty halves. 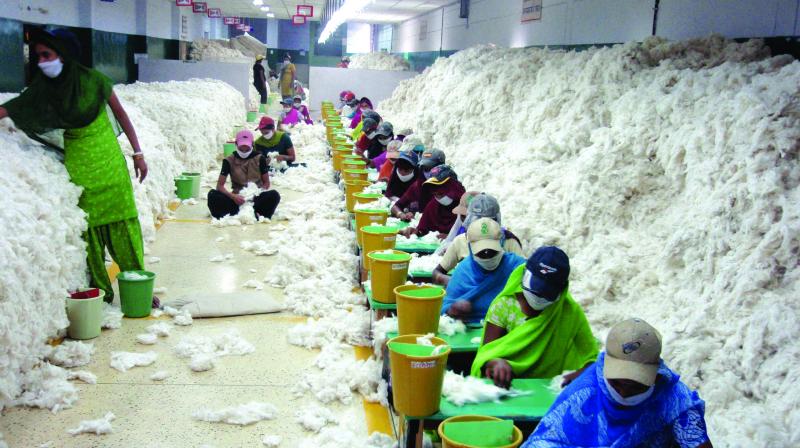 Prime Minister Narendra Modi's government has decided to reduce royalties paid by Indian seed companies to Monsanto for its genetically modified (GM) cotton by 49 per cent to Rs 20 for a packet of 450 grams, according to a farm ministry order. Before it was Rs 39.

The decision could prompt Monsanto and other foreign seed companies to further scale back investment in the sector, said Ram Kaundinya, Director General of the Federation of Seed Industry of India.

The decision comes at a time when India's cotton output is falling and needs a breakthrough to help maintain its leading position in the global cotton market, said Kaundinya.

New Delhi's cotton output is likely to fall to 32.8 million bales of 170 kg each in the year to September 2019 - the lowest in nine years, triggering higher imports of the fibre, according to industry group Cotton Association of India.

"The order is most disappointing," said Shivendra Bajaj, Executive Director of the alliance for Agri Innovation, an advocacy group.

Other than cutting Monsanto's royalties, the government raised the prices of GM cotton seeds by 1.43 per cent to Rs 710 ($10.16) a packet.

New Delhi approved Monsanto's GM cotton seed trait, the only lab-altered crop allowed in India, in 2003 and an upgraded variety in 2006, helping transform the country into the world's top producer and second-largest exporter of the fibre.

However, Monsanto became embroiled in a dispute with Indian seed company Nuziveedu Seeds (NSL), which argued that India's Patent Act did not allow Monsanto any patent cover for its GM cotton. Monsanto and NSL are engaged in a maze of arbitration proceedings and legal cases.

Last month Monsanto has won proceedings against NSL in a royalty dispute.

The farm ministry first cut Monsanto's royalties in 2016, triggering a long-running feud that prompted the US ambassador to India at the time, Richard Verma, to approach Modi's office.