The bench held there was adequate material on record before the magisterial court which justifies framing of charges against Ansals, others. 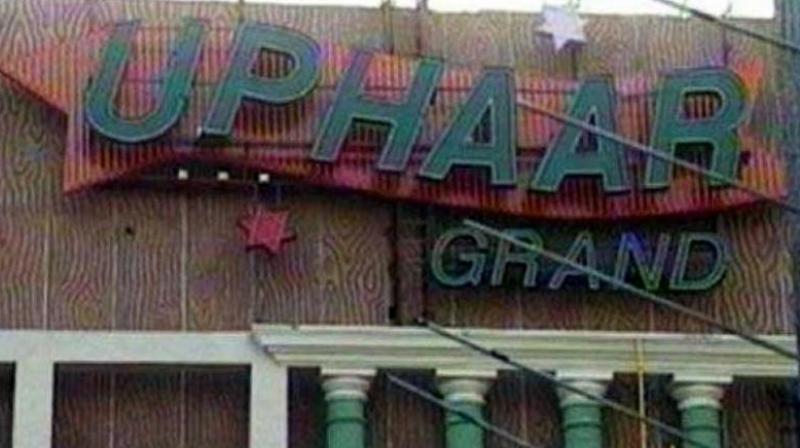 On June 13, 1997, a fire had broken out at the theatre during the screening of Bollywood film 'Border', killing 59 people and injuring over 100. (Photo: PTI)

New Delhi: The Delhi High Court on Friday upheld a trial court order framing charges of tampering of evidence against real estate barons Sushil and Gopal Ansal in a case related to the 1997 Uphaar fire tragedy.

A bench of Justice Siddharth Mridul held that there was adequate material on record before the magisterial court which justifies framing of charges against Ansals and others.

"The material gave rise to strong suspicion that accused committed the offence for which charges were rightly framed," the bench said.

It also directed the magisterial court to proceed with the trial in the case. A magisterial court had on May 31, 2014 ordered framing of charges against seven accused for abetment of offence, causing disappearance of evidence, criminal breach of trust by public servant and criminal conspiracy under the IPC.

Theatre owners Gopal Ansal and his brother Sushil Ansal, Anoop Singh, Prem Prakash Batra, Harswaroop Panwar, Dharamveer Malhotra and Dinesh Chandra Sharma are accused of tampering with evidence in the case, pending since 2006. All the accused have denied the allegations against them.

The High Court had in March last year allowed a plea of Delhi Police seeking transfer of revision petitions of the accused which are pending before a sessions court.

The High Court had transferred the matter to itself, saying it was warranted in order to protect and uphold dignity and majesty of judicial system and to ensure faith of the citizens in the court of law.

The order was passed after all the parties gave their consent for transfer of petitions before the high court. Ansal brothers, Malhotra and Singh had approached the
sessions court challenging the order passed by a magisterial court framing charges against them in the case.

Later, the Delhi Police approached the High Court seeking transfer of revision petitions, pending in the court of an Additional Sessions Judge at Patiala House court here, to some other competent court having jurisdiction.

On June 13, 1997, a fire had broken out at the theatre during the screening of Bollywood film 'Border', killing 59 people and injuring over 100.

A court had on January 31, 2003, ordered an inquiry after some documents related to the Uphaar case had gone missing from the court's record room. After an inquiry, a court employee was dismissed from service.