Kejriwal said they interacted with the principal and warned her that this kind of treatment towards children would not be tolerated. 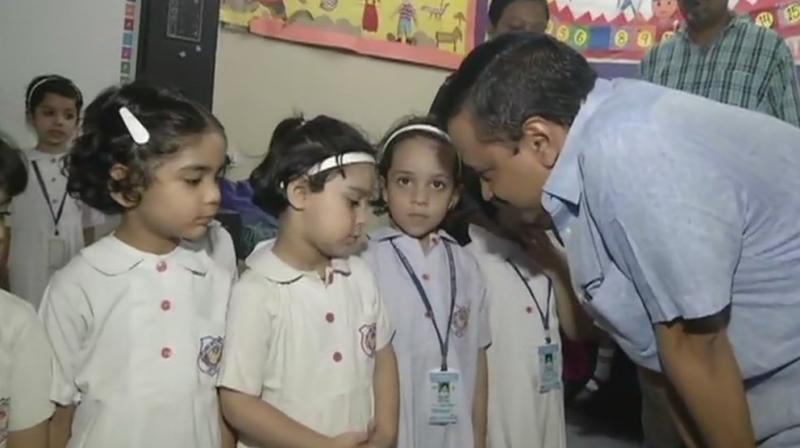 Kejriwal and Sisodia also interacted with students and teachers there. (Photo: ANI | Twitter)

Kejriwal said they interacted with the principal of Rabia Public School, Naheed Usmani, and warned her that this kind of treatment towards children would not be tolerated and the Delhi government and the police will take action. He said an inquiry would be conducted into the matter.

#WATCH Delhi CM Kejriwal reprimands principal of Rabia Public School Naheed Usmani, says, "Both Delhi govt & Police will take action. This kind of a thing will not be tolerated in future." The school had allegedly detained kindergarten students on July 9 over non-payment of fees. pic.twitter.com/nYniZhqOpa

Kejriwal and Sisodia also interacted with students and teachers there. They were accompanied by Environment Minister Imran Hussain, the MLA from Ballimaran constituency under which the school comes.

Kejriwal on Wednesday sought a report from the education department about the alleged confinement of the students in the basement of the school for non-payment of fee.

The matter came to light after police was informed by some parents that 16 children were confined in the basement by their teachers between 7 am to 12 noon in central Delhi's Hauz Qazi area. A case was registered against the school authorities, police said, adding that they were looking for the person responsible for the incident.