A PCR call was received at Lajpat Nagar police station around 3:50 am regarding an accident near Ring Road, Lajpat Nagar. 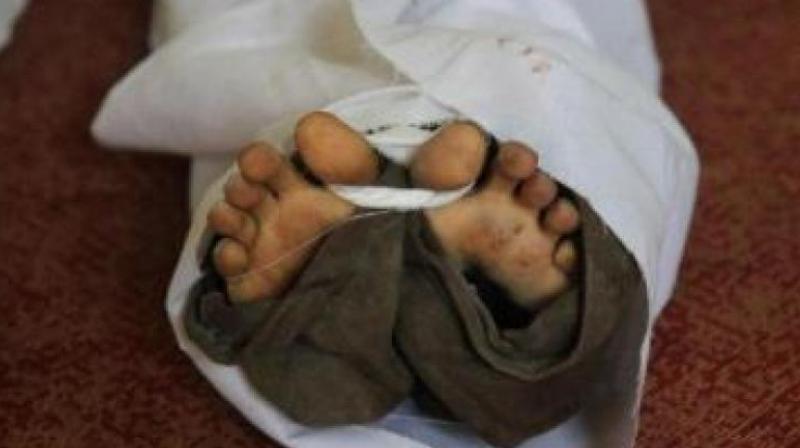 New Delhi: A 29-year-old man died after his car hit a truck in Lajpat Nagar area early on Saturday morning. In a similar incident, a truck went out of control and crashed into eight vehicles in Northwest Delhi’s Outer Ring Road this afternoon.

A PCR call was received at Lajpat Nagar police station around 3:50 am regarding an accident near Ring Road, Lajpat Nagar.

When the staff reached the spot, they found that one Tata Safari, which was coming from Ashram side, went out of control and hit the divider.

The impact was so severe that after hitting the divider, the car toppled over it and went on the other side of the road and rammed into a tempo.

Four injured persons were rushed to AIIMS Trauma Centre out of which one person identified as Dharmender (29) resident of Sangam Vihar Delhi was declared brought dead. The deceased was the occupant of Tata Safari, said Chinmoy Biswal DCP (southeast).

The other two occupants of the SUV, Praveen Singhal and Kapil Panwar, are still critical and hence declared unfit for the statement.

Even the driver of tempo, Hukum Dev Yadav, is admitted to Trauma Centre.

A case has been registered and investigation of the case is on.

In the other incident of northwest district, a Kanpur-bound truck went out of control and rammed into eight vehicles on the Outer Ring Road’s elevated corridor between Pitampura and Rohini. Eight persons were found injured in the accident.

DCP (northwest) Aslam Khan said a PCR call regarding a major accident was received at 3 pm. It was found that one truck of UP number lost control of the wheels on flyover and hit one Haryana roadways bus and eight other vehicles.

It was found that the truck was loaded with metal sheets.