Infighting in DDCA barely a month after elections 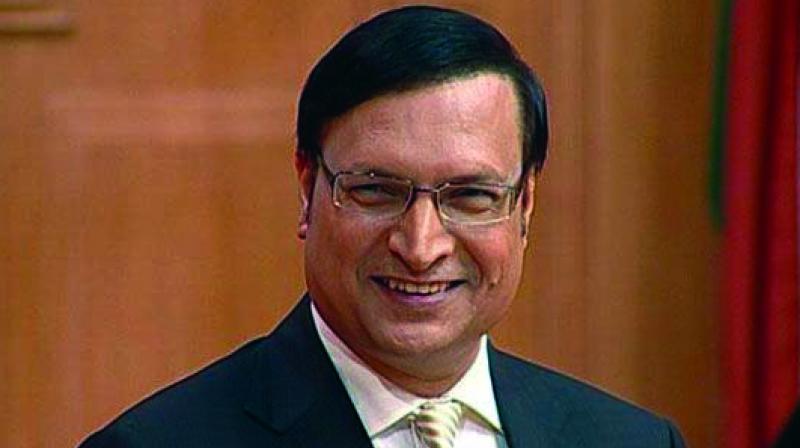 New Delhi: Infigh-ting has broken out in the Delhi and Districts Cric-ket Association (DDCA) barely a month and a half after elections with the top two officials trading char-ges over decision making on a host of important issues.

Rajat Sharma is the DDCA president and Vinod Tihara is his secretary. Some DDCA insiders are also predicting re-elections in conformation with the new BCCI constitution as per Supreme Court order.

Tihara, in a letter to Sharma (circulated to media), has alleged that the DDCA president had been autocratic in his decision making, showing “disregard and disrespect” for his position as secretary.

The president, on his part, has issued a media release, stating that all decisions have been taken in consultation with 12 directors, who have alleged that “negative elements” with vested interests are trying to spread “lies”.

The press release, however, does not name the ‘elements’.

“We would here like to appraise you that certain negative elements with vested interests in the DDCA are trying to spread lies about our executive committee and making futile efforts of showing rifts within the executive. However, we are happy to let you know that we are all together in this journey and determined to fulfil the  promises  that  our president, Mr Rajat Sharma had made to you during elections,” the release issued by DDCA president’s office stated.

An angry Tihara, who fought DDCA election for the Sharma faction, promptly issued a response.

“Remember, you were a newcomer at the DDCA without having ever served cricket or participated in any affairs of the DDCA as a member in the past and hence without our untiring support and efforts, it wouldn’t have been a cakewalk for you at the Elections,” Tihara wrote in his letter to Sharma.

“You have usurped and assumed all powers unto you without any authority whatsoever. You don’t care to discuss issues and have never sought the consent or the advice of the fellow Directors. As a Secretary of the DDCA, it’s your duty to seek my consent on all matters but you have never sought prior consent or discussed with me on any matters. It’s always been post facto information every time,” Tihara wrote.

However, at his point of time, Sharma has the support of the executive committee with Tihara only having former cricketer Sanjay Bhardwaj by his side. Bhardwaj has won the election for the director’s post.

Bhardwaj held a media conference on Saturday and said: “I will wait for a week and watch if things are put in order. I don’t rule out taking legal action.”

Bhardwaj claimed that Sharma had asked him to file his grievance with the DDCA ombudsman.

“I have filed my complaint to the Ombudsman about composition of the Cricket Committee (comprising Virender Sehwag, Rahul Sanghvi, Aakash Chopra and Gautam Gambhir (special invitee). I am yet to get an answer from the Ombudsman.”