There are total 106 such mohalla clinics in Delhi and close to 1.5 million patients have visited them in the past year. 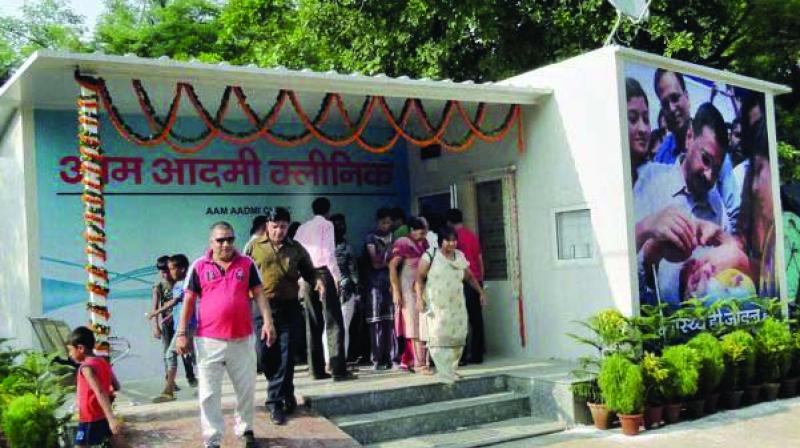 It also said that doctors and paramedics are overworked and absenteeism is high.

New Delhi: The Delhi government’s mohalla clinic scheme is proving to be “popular” with residents, offering “key advantage” to the beneficiaries, according to a report published in The Lancet journal.

Opened as part of a flagship programme by the Aam Aadmi Party (AAP) government, the mohalla clinics aim to make public healthcare more accessible, especially in the unserved and underserved areas such as slums, the report said.

The prestigious medical journal said that the clinics offer free-of-charge services — consultation, medicines, and diagnostic tests — to people from all income groups. The Delhi government’s healthcare roadmap works on the primary, secondary, and tertiary healthcare model.

For primary healthcare, there are mohalla clinics. For specialist care and a wider spectrum of diagnostics, there are polyclinics or government dispensaries. The patients requiring surgery or hospitalisation are referred to the final tier — the government-run hospitals.

In the existing state-run dispensaries and hospitals, people have to visit three different places for these services and make more than one trip. It also said that doctors and paramedics are overworked and absenteeism is high.

To circumvent such problems, compensation for doctors and staff in mohalla clinics is linked to the number of patients they see. There are 106 such clinics in Delhi and close to 1.5 million patients have visited them in the past year. Delhi, at present, has a fragmented health system run by multiple state and Central government agencies and municipal corporations, as well as a range of private providers.

The health system of the Delhi government alone has 36 hospitals (10,000 beds), 185 dispensaries and dozens of other facilities catering to 33 million outpatient visits every year, the report said. Four MCs run their own dispensaries. Yet many areas remain underserved, some facilities remain underused or poorly staffed as the different health systems are not interlinked.