The air quality on Monday was in the “very poor” category, but is likely to improve by Tuesday. 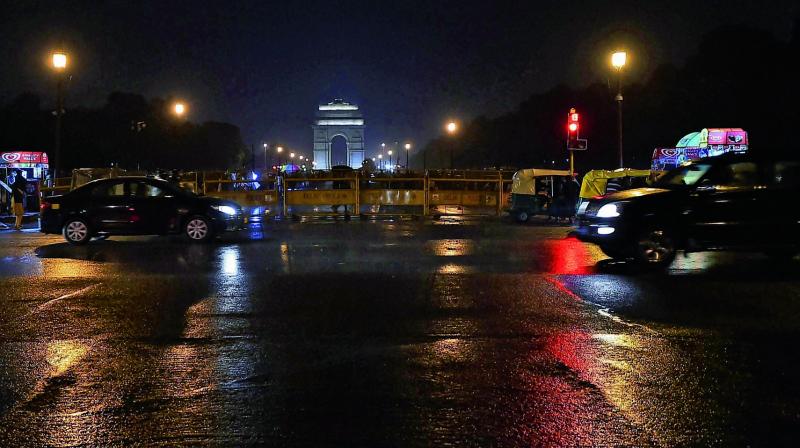 New Delhi: In the first December rain in the city since 2014, parts of national capital region (NCR) received scattered rain on Monday evening.

The rains are likely to continue on Tuesday, the met department said.

Apart from bringing the temperature down, the rain is expected to help wash off some of the pollution that left Delhiites gasping for fresh air. The air quality on Monday was in the “very poor” category, but is likely to improve by Tuesday.

As per met department, this was the first December rain in Delhi since 2014 as the national capital did not receive any rain in December 2015 and 2016.  This spell can also be touted as the first spell of winter rains, all thanks to the active Western Disturbance over Jammu and Kashmir and its induced cyclonic circulation over Rajasthan and adjoining Haryana.

Cloudy weather would prevail over Delhi-NCR for the next 24 hours, with chances of on and off rains. These rains will be instrumental in bringing down the mercury, intensifying the winter chill.

As the system moves away, weather is likely to clear up by Tuesday evening. “This would pave way for icy cold northwesterly winds from snow-clad Himalayas, which would then result in significant drop in both maximum as well as minimum temperatures across North India,” according to Skymet Weather, a private weather forecasting agency.

As per forecast, shallow fog and mist are expected to continue for at least two days after the rains cease, as moisture levels would be high.

The wait for rains will soon come to an end as Delhi is expected to witness a few rainy days in the coming week.