DDA not friendly for disabled: Official 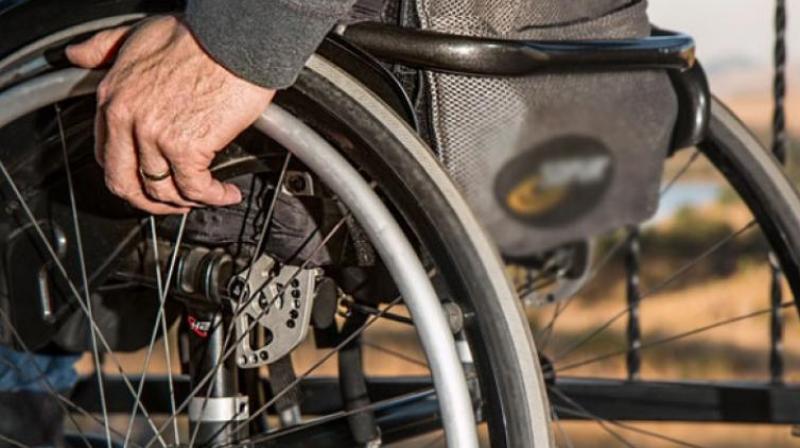 Within two days of taking up the new assignment, he was sent back to his parent department. (Photo: Representational image)

New Delhi: A senior officer of the Delhi government has alleged that he was repatriated to his parent department because of his physical disability.

The officer in question, Delhi Transco Limited director (public relations) Rishi Raj Bhatti, was selected on deputation as DDA director (PR) last year. But within two days of taking up the new assignment, he was sent back to his parent department. Dr Bhati said that the DDA vice-chairman thinks that he is not suitable because of his disability and hence reverted him back to parent department. “I do not need the DDA vice-chairman’s certificate to prove my competence. It is already established. On one hand, Prime Minister is coining new words such as ‘divyang’ and initiating new schemes such ‘Sugamya Bharat’ and the Parliament has recently passed amended bill for giving the persons with disabilities equal opportunities. On the other hand, people like the DDA vice-chairman are not leaving any stone to fail his initiatives. I will fight back and come over this humiliation,” added Mr Bhati. Mr Bhatti was selected for the post on November 15 last year and he joined the new assignment on January 9. Two days later, on
January 11, DDA commissioner (personal) M.K. Gupta informed general manager, Delhi Transco Limited, that Mr Bhati is being sent back to his parent department. Mr Gupta in his letter wrote, “The post of Director (PR) in DDA by nature, involves field works, in which officer may have to be present at various sites of DDA like demolition and DDA parks. This involves extensive outdoor activities including physical work/movement of the officer in various situation.”

Mr Gupta further wrote in view of the above, continuance of Mr Bhati to the post of director (PR) in DDA may put him in probable inconvenience and may not be in the interest of DDA also, keeping in view of the nature of duties attached to the post.

“This is issued with the approval of competent authority.” “I had not imagined in my wildest dreams that even after possessing nine degrees in various disciplines (including Doctorate in Journalism and Mass Communication) and after service of 26 years in different capacities with government, will face discrimination on the ground of physical disability. In Delhi Transco Limited I am performing similar duties as of Director (PR) in DDA for last sixteen years with efficiency and to the satisfaction of various authorities in the government,” said Dr Bhati adding that this is reflected in my annual performance appraisals where he got ‘excellent’ 14 times out of sixteen years and ‘very good’ in two years.