Jung had made the comments on Wednesday during an interview with a private news channel. 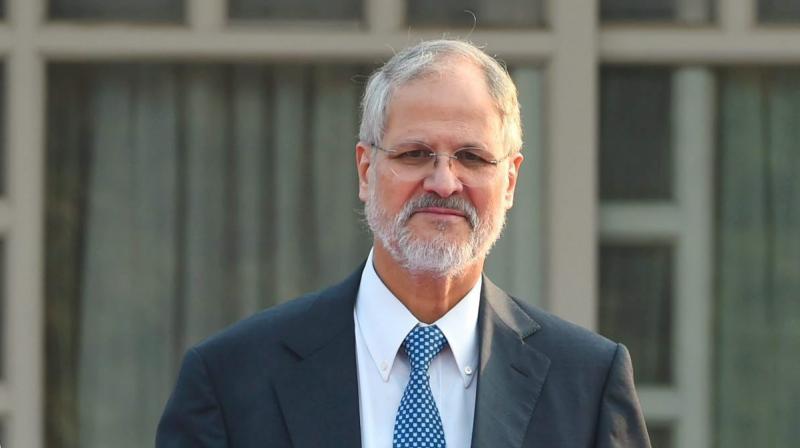 New Delhi: The Delhi government on Thursday said that it will file a defamation suit against former lieutenant- governor Najeeb Jung for saying that the OSD to Delhi health minister Satyendar Jain Nikunj Aggarwal was sent to China on an official tour. Mr Jung had made the comments on Wednesday during an interview with a private news channel.

Mr Jain also hit back, saying the former L-G was “settling scores” by making “baseless charges” keeping the Punjab polls in mind. Mr Jain said his daughter Saumya was never appointed by the government in any capacity and she had merely worked as a volunteer in a mohalla clinic project. Mr Jung has said that CBI has registered an FIR in the matter.

He accused Mr Jung of “lying” over the case involving Mr Aggarwal, a relative of chief minister Arvind Kejriwal’s wife. Mr Jain said Mr Aggarwal was never sent on a trip to China as claimed by Jung.

“All his allegations are based on lies. His (Mr Aggarwal’s) passport can be checked to see whether he went to China or not. As far as Saumya is concerned, she was never appointed and was working as a volunteer. She did not take any money,” Mr Jain said.

Mr Jung’s remarks that Mr Kejriwal may face “criminal charges” over irregularities found by the Shunglu Committee in the decisions taken by the government have triggered a fresh row.

On appointments made by DCW chief Swati Maliwal, Mr Jain said an expanded workforce was necessitated due to her redoubled efforts in taking up cases. “This is all keeping the Punjab polls (on February 4) in mind and it seems he (Mr Jung) is campaigning. He should lead a peaceful post-retirement life which he so wanted. Why is he being a nuisance?” he asked.

On the former L-G’s assertion that the Kejriwal government’s plan to set up a counter-IB like structure had rattled him, Mr Jain said, “We had just created an anti-corruption helpline. He had deployed paramilitary in ACB scared of our drive against corruption.”

The Aam Aadmi Party took a jibe at Mr Jung saying the former L-G must be reading spy-thriller novels to remark that Mr Kejriwal may face “criminal charges” over irregularities found by the Shunglu Commission. AAP’s Delhi unit convenor Dilip Pandey said, “Now that he (Mr Jung) has enough time, he must be reading spy-thrillers to say this.” Mr Pandey said the Centre has numerous agencies under it to probe the allegations and it is free to do so.