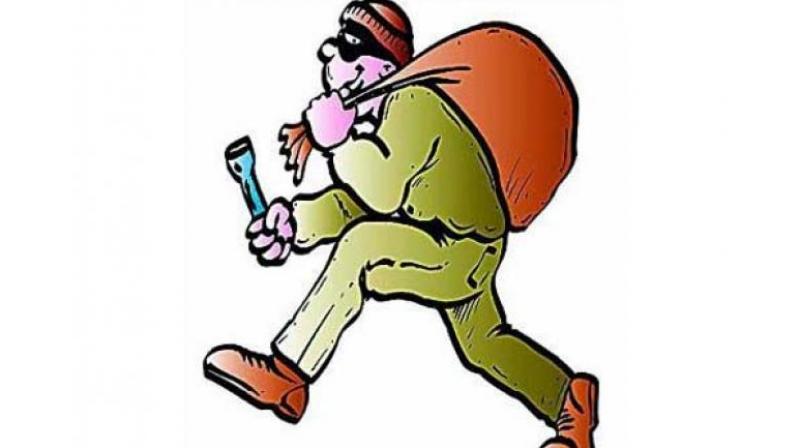 The jurisdictional police has taken the complaint and have initiated a probe into the same.

New Delhi: A scene right out from the movie Special 26 was replayed in Delhi’s Desh Bandhu Gupta Road on the night of December 30 after a gang of burglars, disguised as I-T officials, allegedly robbed Rs 43 lakh worth of gold ornaments from two employees of a Gujarat based jeweller.

The incident took place on the night of December 30, 2016. However, the complainant approached the police on Tuesday and lodged a complaint in this regard. The two employees, identified as Deepak (42) and Vimal, were on their way to Desh Bandhu Gupta Road with the consignment of 11 parcels of gold jewellery which had come from Gujarat to Delhi when the burglars struck them.

According to the complaint, Deepak and Vimal were heading in an auto-rickshaw when they were intercepted by a gang of four bike-borne men near Chhapar Wala Chowk near Azad Market and asked them to step down for security check. As Deepak objected to it, the men flashed their fake identity cards and threatened to take them to the police station. Deepak, who sensed something amiss, refused to budge and asked the gang members to take him to the police station and conduct a search. It is then that the gang members allegedly snatched away 2 packets of gold jewellery worth Rs 43 lakhs out of the 11 packets and fled the spot.

By the time the duo could raise an alarm, the four gang members managed to vanish into thin air. They immediately informed Amrit Lal Bhai, the Gujarat-based jeweller who directed them to take the remaining packets safely to the house and allegedly asked them to wait for his visit.

It appears that burglars are drawing inspiration from Bollywood films to execute their crime. Recently, inspired by another Bollywood flick Munna Bhai MBBS, a woman was arrested on the charges of cheating and impersonation by the Mukherjee Nagar police.