DMRC apologises via video on site. 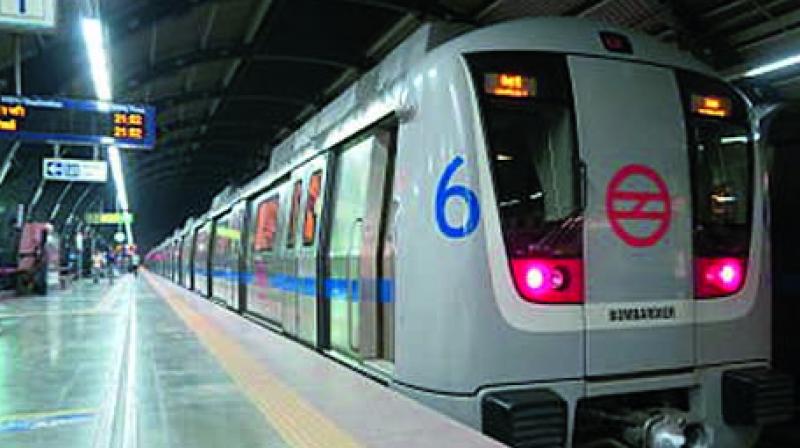 The Delhi Metro is also actively considering making its debut on social media platforms such as Twitter and Facebook for real-time dissemination of information.

New Delhi: Commuters on the Delhi Metro’s busy Blue Line faced a harrowing time for the second day in a row as the trains on the route came to an abrupt halt after losing contact with the operations control centre (OCC) — the nerve centre of the Metro network —  due to power failure, thus triggering exorbitantly long delays. This prompted the Delhi Metro Rail Corporation (DMRC) to issue an apology to the commuters through a video statement posted on its website. Metro attributed the delay to its cautious approach, saying it did not want to “compromise” the safety of the passengers.

Sharing details, the chief spokesperson of DMRC, Anuj Dayal, said that around 5.14 pm on Wednesday and 11.28 am on Thursday, the control of the signalling and automatic train control system of Blue Line was lost at the OCC level due to power failure. “The screen went black in OCC. It may seem akin to an aircraft going off the ATC radar but is not as dangerous as the local control centres, numbering around 17 on this line, took over as alternative. But it certainly led to delays as things became manual,” Mr Dayal said.

He also apologised to the commuters and thanked them for maintaining “discipline” despite hardship. “Trains appeared to crawl as their speeds were deliberately reduced, keeping safety in mind,” he added.

As power snapped, centralised operation of trains were not possible during the period as “train Ids” (used to identify individual trains) were lost, so the 17 “interlocking” stations of line 3/4 (Dwarka Sector 21to Noida City Centre and Vaishali) were told to operate trains at the local level.

At interlocking stations, the trains can change tracks and have reversal facility and station controllers are authorised to manage trains manually. A senior official at the OCC explained that although power was restored within four minutes, OCC gained control of operations at 11.43 am and the entire process was completed by 12.20 pm. However, it took time for trains halted across the corridor to resume services and commuters were forced to withstand overcrowded coaches and platforms.

Mr Dayal said a thorough probe into the probable cause of the fault will be undertaken tonight after revenue hours and that an “alternative channel” for power supply backup is also planned.

The Delhi Metro is also actively considering making its debut on social media platforms such as Twitter and Facebook for real-time dissemination of information and to keep commuters updated so that they can plan accordingly and avoid lines facing glitches.

On Wednesday, Metro services were affected for several hours — during the morning peak hours owing to track circuit drop (signalling glitch) at Dwarka and in the evening due to power supply failure at OCC. The two branches of Blue Line (Line 3/4) have gained considerable infamy in recent times due to frequent snags. The line connects Dwarka Sector 21 to Noida City Centre and Vaishali.

With five interchange stations on its 57-km-long route, around 30 per cent of the total passenger volume or around 12 lakh commuters take the Blue line on a daily basis.