It said disruption of vehicular traffic will not be considered reason for granting leave. 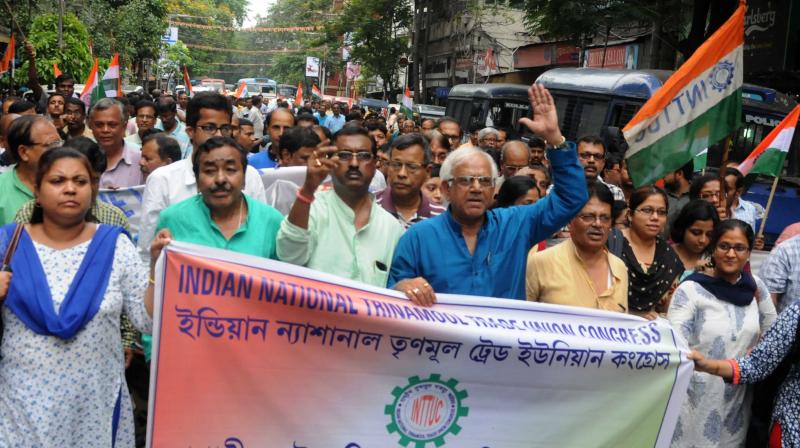 Kolkata: The West Bengal government on Thursday directed its employees to report for work on Friday, in view of the 6-hour bandh called by the Left Front protesting against panchayat poll nomination violence in the state.

No casual leaves will be allowed in the first or second half of the day, the state government said in a notification today.

“It has been decided that all state government offices including those provided with Grant-in-Aid shall remain open and all the employees shall report for duty on that date,” the notification, issued by additional chief secretary, finance department, said on Thursday.

“It has also been decided that no casual leave for absence either in the first half of the day or in the second half or for the whole day nor any other leave shall be granted to any employee on the said date,” the notification said. The employees who are on leave on April 12 shall have to report for duty the day after and no extension of leave shall be allowed, it said.

No salary will be admissible unless such absence is covered by grounds such as hospitalisation of employees, bereavement in the family, severe illness continuing prior to April 12 and employees who had been on child care leave, maternity leave, medical leave and earned leave sanctioned prior to April 12, the notification further said.

It said disruption of vehicular traffic will not be considered reason for granting leave.

The heads of the offices have been instructed to issue showcause notices to the employees who will remain absent tomorrow.