Metros   Delhi  13 May 2017  Helicopters to be used to transport organs?
Metros, Delhi

Helicopters to be used to transport organs? 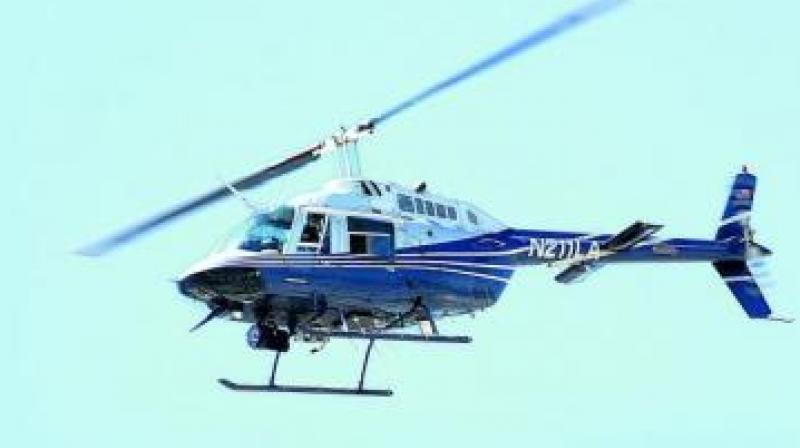 New Delhi: The National Organ and Tissue Transplantation Organisation (NOTTO) may soon use helicopters of its own for transporting donated human organs from one hospital to another for transplantation purposes.

The file for one such proposal is pending with the Central government and if the plan is given consent to, the transportation of organs within Delhi or with neighbouring cities like Chandigarh and Jaipur will become much easier and hassle free.

Notably, while a heart has to be implanted into the recipient within four to six hours of its retrieval, kidneys and livers are viable for transplantation within 24 to 28 hours and 12 hours respectively.

Currently, NOTTO has to rely on private airlines to carry organs for transplantation from one city to another. In case of transport within the city, green corridors — manually operated street signals to avoid peak traffic — are created.

NOTTO, the country’s apex organ donation agency located in Safdarjung Hospital, is in talks with a private aircraft company. Under its CSR (corporate social responsibility) activities, the company has promised to provide four helicopters to NOTTO free of charge. “The helicopters are of advanced technology and also have night flying service. The service will be free of cost upto 250 km. Since organs for Delhi patients are mostly facilitated from hospitals within the city or from Chandigarh or Jaipur and vice versa, we asked the company to include these cities under its ‘no charge’ scheme. If the proposal is accepted by the health ministry, it will be beneficial for many underprivileged patients,” said a senior official from NOTTO.

Earlier, the organisation was mulling over getting helicopters from the Indian Air Force but the plan has been shelved as the officials were told that the technology with the Air Force is obsolete.

However, a hurdle in the plan could be the absence of helipads near the hospitals. “We can keep them on standby at Safdarjung Airport but we are still working on space near the hospitals. We have asked the government if places like huge parks near the major hospitals in Delhi, where organ transplants are carried out, can be identified for landing helicopters for some time,” said the official.