“My beloved VC...Just tell me one good thing you did since you landed foot on campus” are the angry words from Rajkhowa’s rap song video. 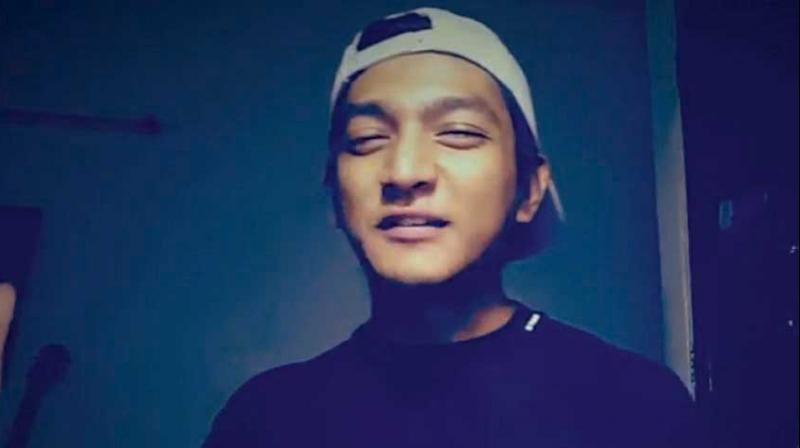 New Delhi: Amidst the ongoing agitation by students and teachers over the seat cut in M.Phil-PhD programmes in JNU, a second year MA student has found a musical way to protest against varsity vice-chancellor M. Jagadesh Kumar through a rap song.

“My beloved VC...Just tell me one good thing you did since you landed foot on campus” are the angry words from Rahul Rajkhowa’s rap song video.

Ever since the administration released its notification on over 80 per cent seat cuts in the aforementioned programmes, students and teachers have turned to various forms of protest to espouse their cause. “I wrote the song after my hopes on the outcome of the 143rd Academic Council meeting were broken,” said the 22-year-old MA student, whose 2 minute, 55 second song has gone viral on social media.

Mr Rajkhowa, student of International Relations from Assam, who is the guitarist and vocalist of a Delhi-based band, Paperboat, said he wanted to take the issue to a broader platform through rap.

His lyrics not only focus on the seat cuts, but also deal with the anger over the “disappearance” of JNU student Najeeb Ahmed and the labeling of JNU students as “anti- nationals”.

“Sir, you know, that just makes you a paranoid fascist leader. People will rise up against you, is that your fear?” he asks the VC in his song. In April, Rajamathangi S, a Tamil dalit P.hD scholar at the Centre for Linguistics in JNU, resorted to writing blogs to express her anguish on the seat cuts. “If a seat cut was implemented in my time, what would I have done with my MA degree in linguistics? Since I am a woman, society would have pressured my parents about my marriage and my dream to be the first PhD in my family would have been buried,” she writes. Students have also put up their art works on the campus to express dismay at the VC’s move. Many have been releasing balloons in the air as a mark of protest.