CM Kejriwal: Strict action will be taken against school 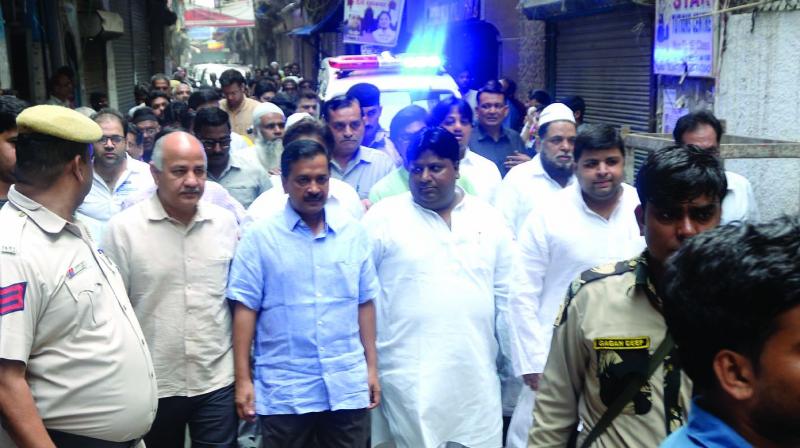 New Delhi: In a stern message, Delhi chief minister Arvind Kejriwal told the principal of Rabea Girls Public School, Naheed Usmani, that punishing kindergarten children for the alleged delay in payment of school fees is “unacceptable.” On Thursday, Mr Kejriwal and his deputy Manish Sisodia visited the school, where 16 little children were confined in the basement for non-payment of fees. He also assured the parents that stringent action will be taken against the school authorities.

“Do you understand what you have done...what if you are to be taken to court now...both the Delhi government and the police will take action,” Mr Kejriwal told the principal, adding that students and education are top priorities of his government, and any step to punish children in future will “not be tolerated.”

The chief minister said an inquiry has been ordered into the matter. He also spent some time with the students and their parents.

The matter came to light after parents went to the police alleging that 16 children were confined to the school’s basement by their teachers between 7 am to 12 noon, in Central Delhi’s Hauz Qazi area, on Wednesday.

The school authorities, however, initially denied reports and said the students were asked to sit in the activity room for few hours. The Delhi Commission for Women had issued notices to the Delhi police and the state education department, seeking reports of what exactly happened in the basement Rabea Girls’ Public School.

Mr Kejriwal has also sought a report from the education department about the alleged confinement of the students for non-payment of fees.

A case has been registered against the school authorities, said the police.