The govt scrapped plans to implement odd-even scheme after NGT said there won't be exemption for women, two-wheelers and govt servants. 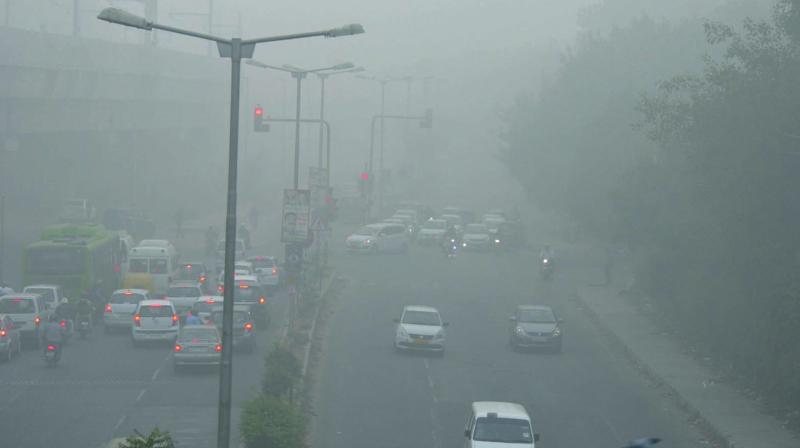 'There is a meeting with Pawan Hans officials to discuss the plan of aerial sprinkling of water,' said the urban development minister of Delhi. (Photo: File)

New Delhi: Scientists in the environment department are "constantly monitoring" the pollution level in the national capital where the air quality index has been "fluctuating" in the last 48 hours, Delhi Minister Gopal Rai said on Monday.

The urban development minister said at a press conference in Delhi that there is a meeting with Pawan Hans officials on Monday evening to discuss the plan of aerial sprinkling of water.

The chief minister and the Cabinet are in "constant touch" with environment scientists, who are continuously monitoring the pollution level.

"The report for the last 48 hours given by the scientists is that the air quality is fluctuating. The report has been submitted to the chief minister and the Cabinet," Rai said.

The government on Saturday scrapped its plan to implement the odd-even scheme after the NGT had said that there would be no exemption for women, two wheelers and government servants.

"Movement of trucks and construction works are under scrutiny, water is being sprinkled, we are continuously monitoring the situation," he said.

Rai also hit out at the Haryana government for "playing blame game on stubble burning instead of taking action in his own state".

The national capital has been experiencing dense smog for about a week, forcing authorities to enforce emergency measures such as banning construction activities and brick kilns in the National Capital Region.

Rai, during the press conference, also hit out at the Centre, over the issue, referring to a media report that the Union government allegedly "did not release funds" to states in north India, meant for farmers to dissuade them from stubble burning.

Asked about the allegation made by the Haryana government as to what the AAP government was doing for Delhi farmers, he said, "We have been doing more than we can."

"In Haryana and other states, the crop is cut from the top using technology, so it leaves a long stubble which need burning for removal. In Delhi, our farmers cut crops close to the roots. And, have you seen any visual on TV or photos in newspapers of Delhi farmers resorting to stubble burning," he said.

"I was in Rohtak yesterday and the air in Haryana right now is more noxious. What is Haryana government doing?" he asked.