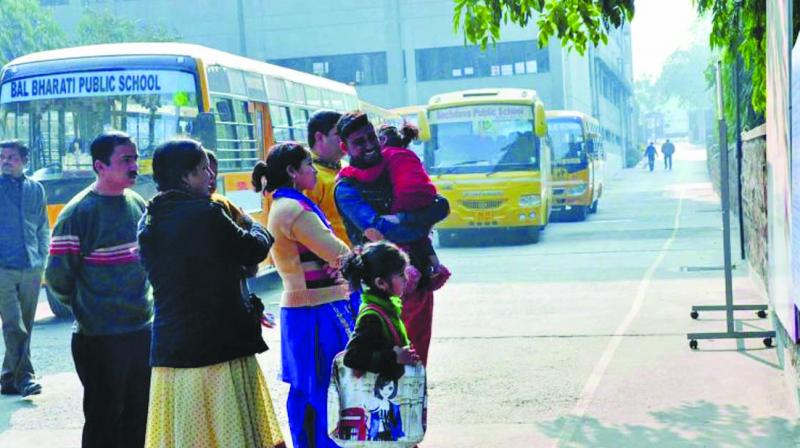 To iron out the confusion, the court directed the parents to fill up the application forms of various schools based on the criteria set by them as well as the AAP government.

New Delhi: Without putting a stay or refusing the admission process to commence, the Delhi high court issued notices to the Delhi government and the DDA on pleas challenging the nursery admission guidelines issued by the AAP government for the year 2017-18.

To iron out the confusion, the court directed the parents to fill up the application forms of various schools based on the criteria set by them as well as the AAP government.

The court said that it was passing the order to ensure that the admission was “not hampered” and added that scrutiny of the application forms would be subject to further orders.

Justice Manmohan also issued notice to the directorate of education (DoE) of the Delhi government, Delhi Development Authority (DDA) and the lieutenant-governor (L-G) seeking their replies by January 17.

“To avoid any ambiguity, it is directed that parents shall fill up the forms in the prescribed format and as per the criteria mentioned therein. The format of the form shall contain the criteria (of distance) mentioned in the impugned order of January 7. The scrutiny of the applications shall be subject to further orders,” the court said and listed the pleas of two school bodies and some parents for hearing on January 19, challenging the DoE’s recent circulars laying down guidelines for nursery admission for the 2017-18 session.

The schools have also challenged a condition in DDA’s allotment letters, giving land to some private unaided schools, under which the institutes have to reserve 75 per cent seats for students in the neighbourhood.

The two circulars of December 19, 2016, and January 7, 2017, have enforced the allotment clause and have thereby restricted admission in schools on DDA land to their locality.

When the matter came up for hearing before Justice Manmohan — after Justice V.K. Rao recused from hearing it earlier on Friday — he said that the government’s “eleventh hour schedule upsets everyone”.

“We interfere in the matter courtesy you (government), but we become the villains,” he said and added that the court will now have to give priority to this matter over others like that of an elderly citizen who wants to evict his son.

Earlier in the week, the bench of the high court had pulled up the AAP government for coming out with nursery admission norms at the “eleventh hour” which has not only caused “chaos and confusion” but also wasted “valuable” judicial time.