Union govt aims to eliminate disease from country by 2027. 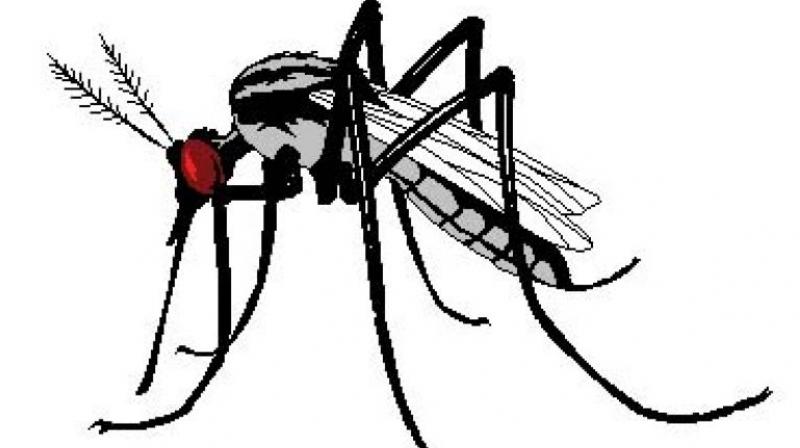 New Delhi: Hospitals in the city are seeing a rise in malaria cases every month. Figures indicate that the number of cases recorded this year since January is almost the double of what was recorded in the last few years.

According to a recent report by municipal corporations, malaria cases climbed to 162 from Jan 1 to July 8, out of which 82 were reported from Delhi and the rest by patients belonging to neighbouring states.

The number is substantially high when compared to total number of cases in 2015 (60) and 2016 (90). They are even more than those of dengue and chikungunya this year, which were 100 and 161 respectively. According to doctors, this indicates poor sanitation levels in several areas in the national capital as the mosquito spreading the disease breeds in dirty water.

"Malaria is spread by the anopheles mosquito, which breeds in dirty water. Unlike dengue and chikungunya viruses, which are spread by the Aedes aegypti mosquito that breeds in fresh water. We are seeing more malaria cases this year from last few years," said Dr Atul Gogia, consultant, Department of Medicine, Sir Ganga Ram Hospital.

Dr Amit Gupta from Ambedkar Hospital said the hospital was getting 50 malaria cases on an average per month. "Most cases are from areas like Narela, Bawana, and other north-east localities which have poor sanitation levels. We fear that there will be more such cases in coming days as more rains are predicted," said Dr Gupta, adding that a few cases of chikungunya, which took to epidemic proportions last year, and dengue have been recorded this time when compared to last year.

The Union government aims to eliminate malaria from India by 2027. However, according to World Health Organisation (WHO) estimates, India accounts for 75 per cent of all malaria cases in South-East Asia. The Delhi government said it had directed the municipal corporations as far as improving sanitation was concerned.

"Yes, there are more malaria cases this time. We are having continuous meetings with the MCDs and even with the Resident Welfare Associations (RWAs). This year, we are also focusing on unoccupied houses, which have been locked by the owners who are living elsewhere. These are also potential breeding grounds," said an official of the Delhi Health department.