Mr Shah will assess the cause of BJP’s defeat in all major elections in Delhi since 1993 when it had formed the government in the national capital. 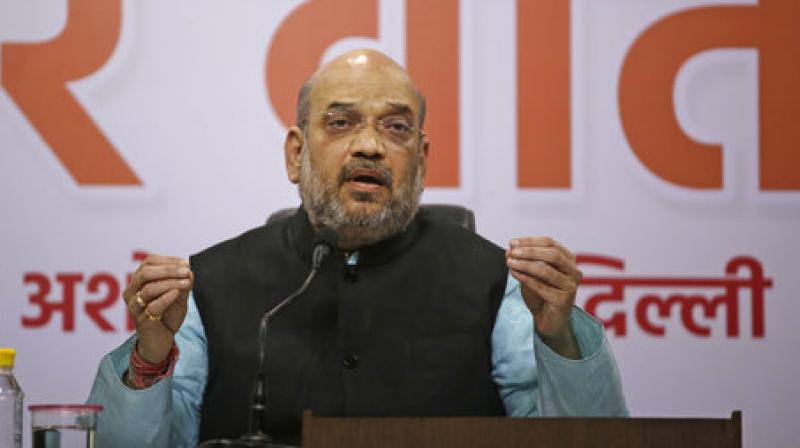 Mr Shah will assess the cause of BJP’s defeat in all major elections in Delhi since 1993 when it had formed the government in the national capital. The Delhi BJP has prepared a detailed report on the matter.

The party’s passive approach in nearly 20 Assembly constituencies has been cited a major reason for BJP’s defeat in the successive Assembly polls. Out of these, BJP has never won any election in 15 constituencies, particularly the Muslim-dominated ones. A comprehensive report on caste equations, slum dwellers, and demographic division of Delhi’s voters will also be presented before Mr Shah.

The party will show a power point presentation to Mr Shah, providing reasons about its successive electoral defeat in the city including the two general elections in 2004 and 2009.

In 2004, BJP won only the South Delhi seat out of the total seven Lok Sabha constituencies and in 2009, it lost all the seven seats to Congress. The party has taken 1993 as base year, when it formed the government, to analyse its electoral defeats. The party has prepared a detailed presentation, categorising each booth and Assembly under three category — A, B, and C. Booths or Assembly marked ‘A’ are those where the party never lost an election. Category ‘B’ includes those constituencies where BJP gave tough fight to rivals, while category C will indicate those booths or Assembly where the party never won.