Mr Tiwari warned that the BJP would demonstrate outside chief minister Arvind Kejriwal’s residence and “at his public engagements”. 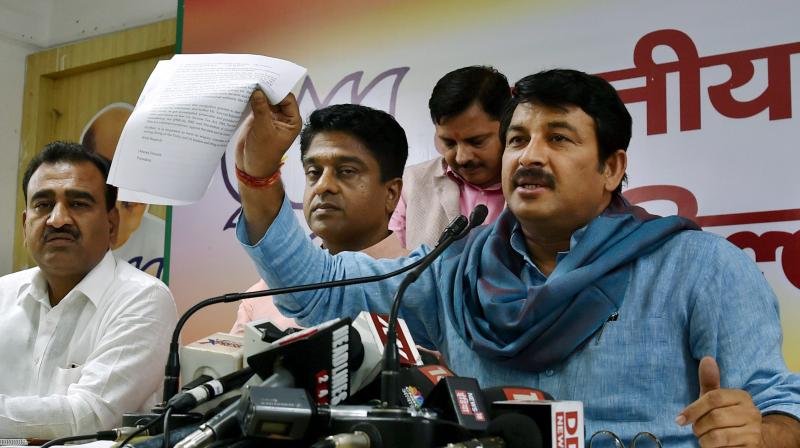 New Delhi: The Delhi BJP on Thursday set the AAP government a deadline of four days to notify the newly-drawn municipal zones in the city, claiming the activities of the civic bodies were getting affected in its absence.

Delhi BJP president Manoj Tiwari said that the Arvind Kejriwal government was “deliberately” withholding the delimitation of the zones of the three civic bodies to avenge its defeat in the MCD polls.

Mr Tiwari warned that the BJP would demonstrate outside chief minister Arvind Kejriwal’s residence and “at his public engagements” if the government continued to stonewall the process.

“It is affecting the work of the corporations. We have repeatedly requested the government to clear the proposal. But till date, it is stuck. We have not been able to constitute the statutory committees and other panels of the corporations,” added Mr Tiwari.

Leader of Opposition in the Delhi Assembly, Vijender Gupta, said that due to the obstinate attitude of the Kejriwal government, the most important standing committees and ward committees of the municipal corporations were not being formed, due to which elected councilors were not getting funds and the entire system of civic bodies had come to a standstill. “The monsoon may become intense at any time and after that there will be danger of the outbreak of diseases like Dengue, Chikunguniya and Malaria. Similarly, the administration of Municipal Schools and Hospitals is also paralyzed,” added Mr Gupta.

Meanwhile, to strengthen its grip over organisations with the help of experienced leaders, Delhi BJP president Manoj Tiwari on Thursday appointed several such leaders who did not get a position in current team, as heads of new departments and “prakalp”. The party claimed that the appointments have been made for 19 departments and 10 prakalps as per the new organizational guidelines evolved at national level. Amid these major appointment after civic polls, in which BJP recorded historic mandate, current media in-charge Praveen Shankar Kapoor has been demoted to and made deputy in the same department under Mahesh Verma, a name unknown to the majority of party leaders. Neelkant Bakshi, a trusted aide of Mr Tiwari, has been appointed the head of media relation department.