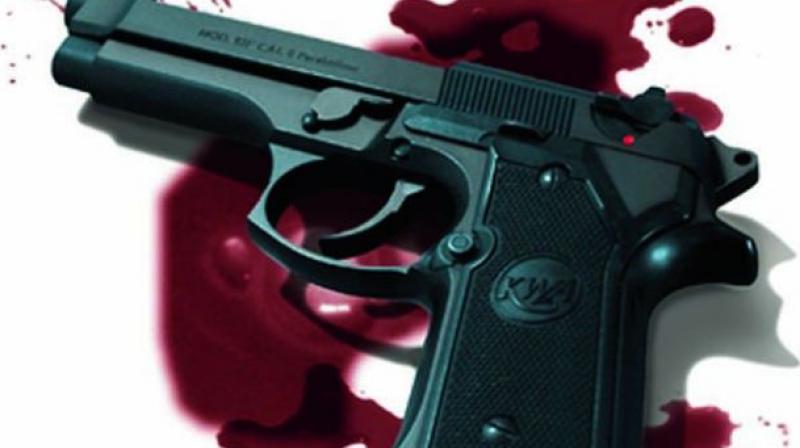 “This angered the driver. He took out a pistol and shot Pawan in his leg. He hit the second constable with the pistol butt,” said DCP (Rohini) Rishi Pal.

New Delhi: In an alleged road rage incident, an off-duty Delhi police constable was shot at and another was hit with a pistol butt on his head on Wednesday night in Narela.

Police said that the incident took place in front of the main gate of a housing colony in Narela. The victims have been admitted to Max Hospital and a hunt is on for the accused.

The incident took place when the two constables, who were in their private vehicle, asked a man to move his Fortuner car.

It is believed that the men in the Fortuner were asking the address of the place and the name of the society.

Meanwhile, the two constables came from the other end with their vehicle and honked at the car, asking the driver to move it.

But the armed man remained seated and didn’t move. Constable Pawan, who was allegedly behind the wheels, honked yet again and signaled the driver to take the car to the other side.

“This angered the driver. He took out a pistol and shot Pawan in his leg. He hit the second constable with the pistol butt,” said DCP (Rohini) Rishi Pal.

The driver also boasted that he was gangster Monu Dobodia. The police suspect that the accused could be related to slain gangster Neetu Dabodia, who was in the list of top Delhi criminals. The accused fled the spot after the incident.

Police said that it has traced the car’s registration details and is probing the identity of the attacker. The two constables were taken to Max hospital where they are undergoing treatment. Police has registered a case at the Narela police station and is yet to make any arrests in the case.

Road rage cases are becoming increasingly common in the capital. In February, a 29-year-old man was allegedly attacked by three men who not only thrashed him but one of them also bit off his nose in north Delhi’s Lahori Gate area as he has driving on the wrong side of the road. .

The incident happened on February 23 when Aman, a businessman, had left his shop located near SPM Marg at around 9pm for his home.