‘Can petrol, diesel prices be made same for cars?’

She said that people go for diesel vehicles since they have high power fuel efficiency. 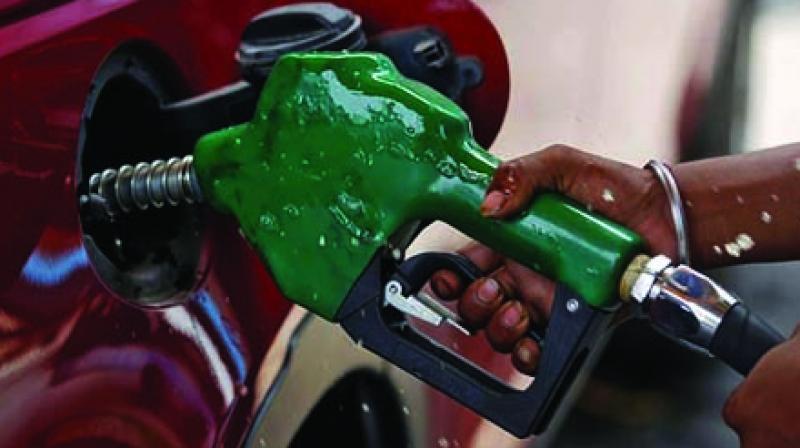 The court then referred to media reports and said that Germany was contemplating banning use of diesel vehicles.

New Delhi: The Supreme Court on Friday directed the Centre to apprise it as to whether petrol and diesel can have an equal pricing for four wheelers and private cars after the Environment Pollution Control Authority (EPCA) said pollution from diesel vehicles was a cause of concern.

A bench of justices Madan B. Lokur and Deepak Gupta suggested that the government could contemplate fixing price of diesel and petrol on par for four wheelers, other than goods vehicles.

“You take instructions whether you can have equal price at petrol stations for diesel and petrol for four wheelers and private cars,” the bench told the counsel appearing for the Centre.

Advocate Aparajita Singh, assisting the apex court as an amicus curiae in the matter, told the bench that the real concern was pollution from diesel vehicles.

She said that people go for diesel vehicles since they have high power fuel efficiency.

The amicus told the bench that one of the EPCA’s report show there was “leakage” of funds from environment compensation charge (ECC) which was levied by the apex court for purchase of diesel vehicles.

“But SIAM (Society of Indian Automobile Manufacturers) says that they (diesel vehicles) are not polluting. They are arguing that you change your standards,” the bench observed.

The court then referred to media reports and said that Germany was contemplating banning use of diesel vehicles.

The amicus told the court that European countries were trying to fix NOx (nitrogen oxide) pollution standards since they were grappling with pollution and Germany was trying to do away with diesel vehicles.

The bench, while referring to Article 14 (equality before law) of the Constitution, said that government could consider fixing price of diesel and petrol on par for four wheelers.

The counsel, appearing for vehicle manufacturers, told the apex court that BS-VI fuel would solve the problem of pollution from diesel vehicles.