The exercise of redrawing the boundaries of the municipal wards is being carried out keeping in mind the increase in population in Delhi. 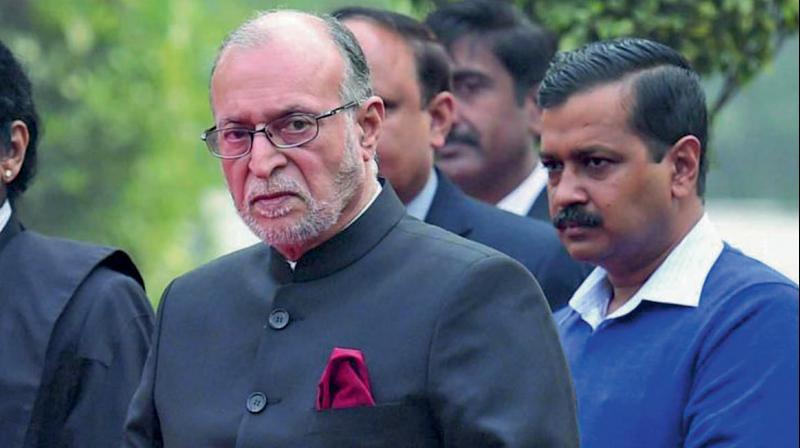 The state election commission had sent the delimitation report to the chief secretary, which was then sent to the state urban development minister Satyendar Jain in November. However, it was only after two months that the report was finally sent to the lieutenant governor for approval.

Insiders said that all the three political parties – AAP, BJP and the Congress are unhappy with the delimitation report, as all the suggestions could not be incorporated during the preparation of the final report.

The exercise of redrawing the boundaries of the municipal wards is being carried out keeping in mind the increase in population in Delhi. It is mandatory to carry this exercise every ten years. In 2001, the population was 1.34 crore which increased to 1.64 crore in 2011, as per the census data. Many Assembly constituencies such as Bawana and Vikaspuri have witnessed a significant increase in population while the constituencies such as Matiala have seen a decline. This time, the new wards will be carved on the basis of the population size of about 60,000 people as per the 2011 Census.

The last delimitation of MCD wards carried out in 2007 was based on the 2001 census. Later, 136 wards were increased to 272 after the trifurcation of the municipal corporation in 2012. In the last delimitation exercise, the population size of each ward was about 40,000 and the State Election Commission had created four wards in each of the 70 Assembly seats of Delhi.

However, this time the number of wards per Assembly constituency would not be fixed and will vary from three to seven. For instance, Matiala Assembly seat that has a population of 4,26,760 can now boast of having a maximum of seven municipal wards and Jangpura constituency having a population of 1,50,049 can just end up having just three wards. The nomenclature of the remaining wards is not going to change.

The boundaries of the municipal wards are being demarcated in accordance with railway lines, Delhi Metro network, roads, rivers and major drains. But this time the commission would ensure that the villages falling under lal dora are not demarcated as per small roads, which divide them.