Constable Daulat Ram, who was driving the vehicle, told Delhi police that the rickshaw came in front of their vehicle suddenly. 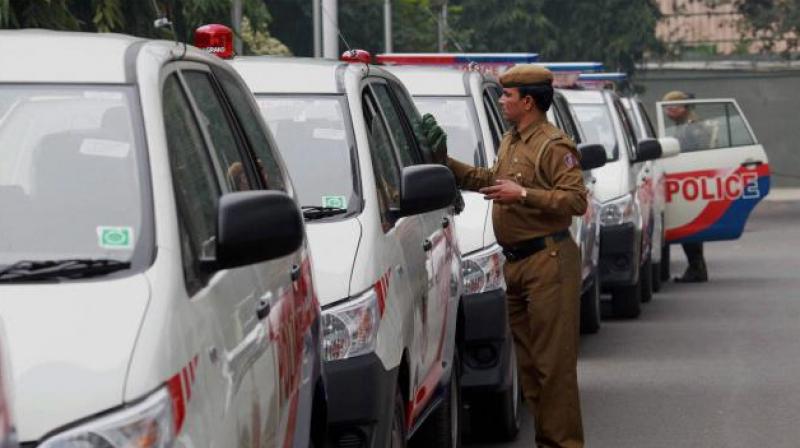 A rickshaw puller was killed when a Police Control Room PCR vehicle allegedly rammed into the rickshaw in north Delhi. (Photo: PTI/Representational)

The accident occurred last night around 8.30 pm when a rickshaw suddenly came in front of the PCR vehicle on the road near Hanuman Mandir in Burari area, a senior police officer said.

Constable Daulat Ram, who was driving the vehicle, told police that the rickshaw came in front of their vehicle suddenly. Due to the force of collision, the PCR rammed into a divider and over-turned, he said.

The rickshaw puller, Shiva (40), lost his life while an assistant sub-inspector Kashi Ram was injured. He suffered a fracture and is currently recuperating.

A case under sections 279 (rash and negligent driving), 337 (whoever causes hurt to any person by doing any act so rashly or negligently as to endanger human life) and 304A (causing death by negligence) of the IPC has been registered at Burari police station.

"We have requested the Forensic Science Laboratory (FSL) team for recreating the scene of crime. Action as per evidence is being taken," said DCP (North) Jatin Narwal. No arrests have been made so far.