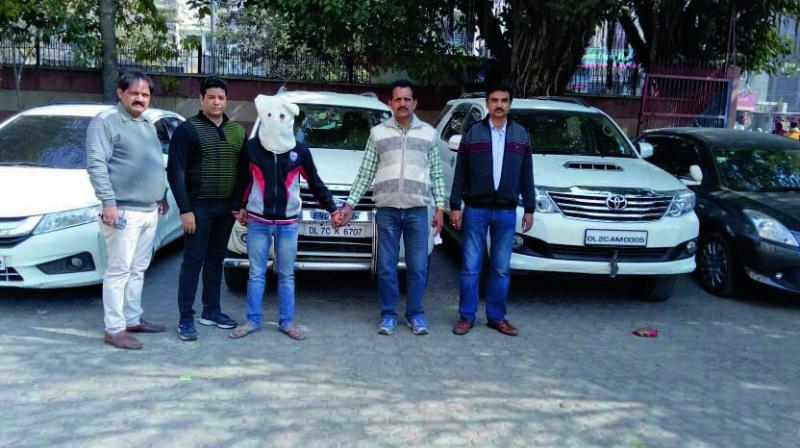 But their adrenal rush was short-lived as the Delhi police’s crime branch caught hold of the gang within 48 hours of committing a crime.

New Delhi: High-octane drama of the virtual gaming world was recreated and executed by a four-member gang, including two juveniles, on the streets of the national capital. The gang used to don the role of their favourite characters by targeting lone drivers driving high-end cars during pitch dark nights. After fixing the target, the gang used to break open the glasses of the vehicle before running away with it. If their attempts were resisted, they indulged in bloody street fights by inflicting grievous injuries upon the driver. But their adrenal rush was short-lived as the Delhi police’s crime branch caught hold of the gang within 48 hours of committing a crime. The arrested men drew inspiration from a video game. “During investigation, they disclosed that while playing these games, they hit upon the idea that they could get hold of luxury cars easily like the characters in the said game,” said joint commissioner of police (crime) Ravindra Yadav.

The chase for the accused, identified as Lakshay Shokeen (22), resident of Mangolpuri, Deepak (27), resident of Rohini and two juveniles came to an end within 48 hours when a special team cracked down upon the gang and arrested them on Tuesday, said a police officer.

The police said that terror prevailed on the streets of the national capital in the first week of February when several parts of Delhi (including Outer, West Northwest Distts) were affected by a gang of robbers and car-jackers. A number of car robbery/jacking incidents were committed by this gang, robbing more than half-a-dozen luxury cars during night. During commission of the crime, the gang not only robbed the cars and high end mobile phones, but had also been violently involved in beating the occupants of the targeted car, if any one resisted. The case came to light on February 9 in Model Town when the gang struck once again and brutally assaulted the driver with a baseball bat and robbed his Fortuner.

Elaborating the modus operandi of the gang, the senior police officer said that the gang used to target luxury cars being driven by a single person. They used to target a particular car, followed it closely and at a convenient place, deliberately hit the vehicle with their car and compelled that car to stop on the pretext of an accident. This gang used to operate most of the time in robbed cars in tinted glasses so that they could not be noticed from outside. The glasses of all the recovered (robbed) cars had also been tinted jet black by this gang.

The police, who was on the look out of the accused, received a tip-off on February 11 that the gang members would come near C-Block at Rohini’s Sector 16 in a robbed Fortuner car to meet their associates. Accordingly, a trap was laid. Acting on it, a team was constituted under the leadership of DCP (crime) Madhur Verma and a trap was laid, following which 22-year-old-accused Lakshay Shokeen was arrested along with the robbed vehicle. During interrogation, Shokeen confessed that in the last few days, he along with three others had committed several robberies to make quick and easy money to lead a lavish lifestyle.

Following interrogation, a car was recovered from Mongolpuri area and another from the parking of a Gurudwara at Majnu ka Tila. Later, his associate, Deepak alias Changa (27), was also arrested from near Rohini Sector-18 Metro station and one of the robbed vehicle was recovered from him. Two juveniles were also apprehended and some stolen registration certificates and a stolen car were recovered from them. With the arrest of the accused, five cases of robbery, assault and car jacking was solved.