It is bound to affect about 20 million flyers every year. 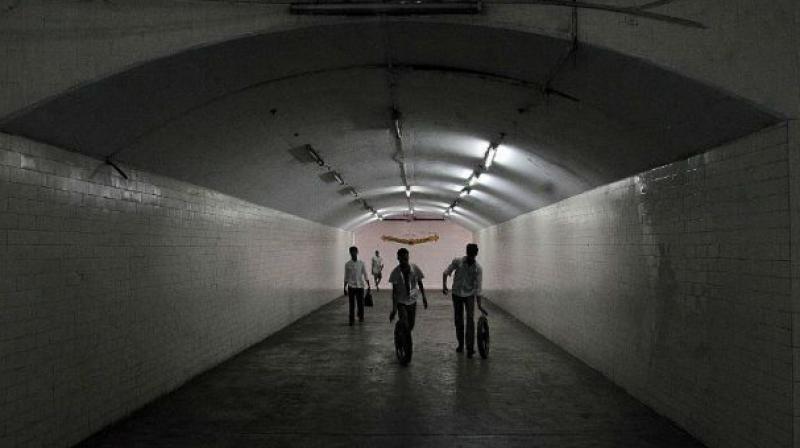 DIAL told this newspaper that it had asked DMRC to construct the tunnel as soon as posible.

New Delhi: The ongoing tussle between DIAL (Delhi International Airport Limited) and DMRC (Delhi Metro Rail Corporation) is delaying the construction of a pedestrian tunnel from Airport Metro Station to Terminal 2. It is bound to affect about 20 million flyers every year.

DIAL, in its letter to DMRC on August 2, 2016, said: “DIAL is in the process of refurbishing the old terminal T2. As per the plan, this terminal will be put into operation by December 2016 and shall be operational for the next 4 to 5 years as an interim arrangement to facilitate the expansion of Terminal 1 complex.” DMRC, in its response in November 2016, said: “DMRC had planned a knockout panel in Airport Line station for connection with future Terminal 4 but the detailed plans of Terminal 4 are not available with DMRC. It is therefore not feasible at this stage to plan ungrounded connection with existing Terminal 2 because that can impact the future plans of Terminal 4. This will also affect the on-going operations of Airport Metro Express Line because for underground connection with the station, it will require integration with the existing station at concourse level where lots of technical rooms are situated as well as where the public areas are functional. Additional AFC gates and security arrangements will also be required for this entry/gate.”

Meanwhile, DIAL told this newspaper that it had asked DMRC to construct the tunnel as soon as posible. “DIAL has requested the DMRC to develop the underground pedestrian link to connect Terminal 2 with T3 Metro station.